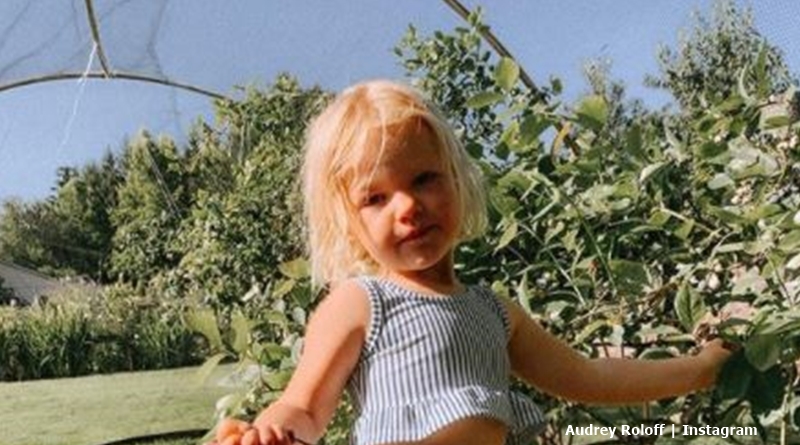 LPBW alum Audrey Roloff took to Instagram on Friday and revealed a toy that she got in for Ember. She loves it, and fans also went crazy for it. It really looks like a lot of fun, and so very authentic that people asked her where on earth she found it.

On Friday, the video that Audrey Roloff shared caught the attention of a lot of fans. She captioned it with, “Riding off into the sunset🐴☀️ cowboy boots and all. 😉 This thing cracks me up 😂.” And, judging by Ember’s happy face, she adores her big-girl toy very much. Naturally, fans want one for their own child, grandchild or niece. But, it’s really ideal for either boys or girls. And, it looks like so much fun. And, yes, authentic as well.

In the video, Ember rides her toy pony. Some people asked if it powers itself with electricity. But the LPBW alum assured them at it’s operated by the kids as they push down on the pedals. One fan of Audrey Roloff gave a good report on the pony cycle toy. They noted, “I bought one 2 years ago for my grandson! He’s 5 now and still loves it!” And one Little people, Big World fan said to one of her own followers, “Ellison needs this!”

Watching Ember navigate her pony cycle around, it looks like such a fun thing that many fans shared with their friends and family about it. The pony looks safe as well. Watching Audrey’s daughter, she makes it go as fast or as slowly as she likes. Lots of comments came in about it. One fan wrote, “This is both hilarious and adorable!!!💕.” And another one noted, “I want one! How adorable!”

Actually, they come in all sorts of colors and @ponycyle even reveals a white one that looks like a unicorn. Actually, it looks like so much fun that if they made them bigger, adults might enjoy them as well. They certainly might help with exercise anyway. One Audrey Roloff fan even said, “Those are the coolest horses! I might get one for my dog.”

Fans wanted to know where they can buy one

Amazon sells them. And there, they note that the toys come in two sizes, suitable for kids between the age of four and nine. Price ranges from $200 to $400 depending on your personal choice. some of them come with accessories that make the experience more realistic for kids like Audrey Roloff’s daughter. These include a “grooming brush, ” “award ribbons,” “polo wraps” and a “saddle pad.” You can simply click on the affiliate link below.

What do you think of the fun ride-on toy that Audrey Roloff got for her daughter? Do you think it looks like great fun? Sound off in the comments below.