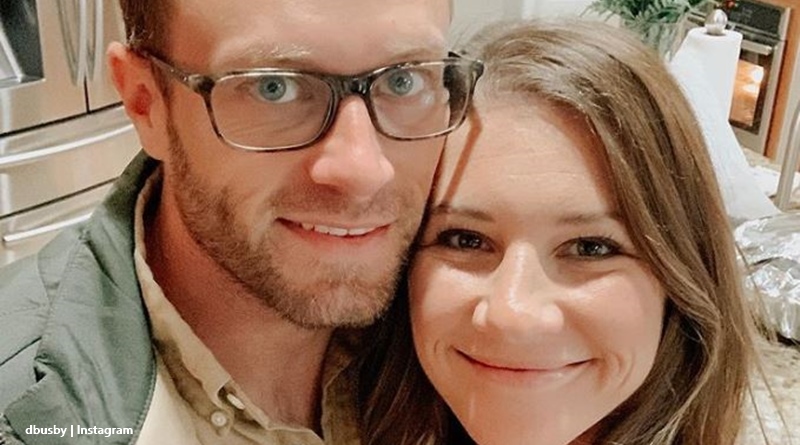 Adam Busby normally doesn’t hesitate to fire back at a critical comment on Instagram. But, a recent comment on his profile has him baffled and speechless. What exactly did the critical OutDaughtered fan have to say? And, how did Adam Busby respond? Keep reading for the scoop!

The critic in question took issue with Adam Busby and his family celebrating Halloween. They insisted it wasn’t a very Christian thing of the Busby family to do.

“Hi Busbys. Are you Christian? Halloween isn’t in line with Jesus. Just think about it. Love [your] family. Many blessings!” The critical fan penned in the comments.

In six hours, the comment did not receive a single like. So, it certainly didn’t seem like ANY of Adam Busby’s other followers agreed with this comment. Likewise, the comment had about a dozen replies. And, none of them appeared to be very happy with the dig at the Busby family. Was celebrating Halloween really that big of an issue?

We can only assume Adam Busby’s jaw hit the floor when he saw this comment. His response was clearly that of someone who was baffled and dumbfounded by what they had read. In fact, Adam hoped the comment was a joke. He didn’t really want to believe someone would honestly post something like that on his profile.

“Please tell me you are joking right…” He questioned. Adam Busby included a “head palm” emoji.

Others were quick to point out the irony of the individual being so judgmental. 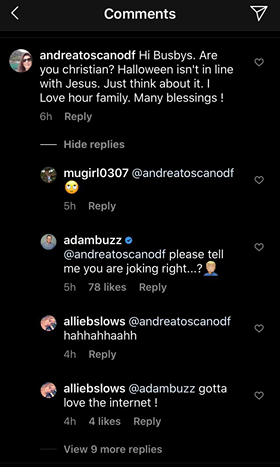 “It might be more Christian of you to not judge other people. And I think that if Jesus was here he would totally be down for some apple bobbing and Twix bars.” One follower responded.

Another follower pointed out it was just a pumpkin patch. The individual then promised to pray for the critical individual who left the comment.

Halloween and Christianity is a pretty controversial pairing

It is fairly common for people to think those of Christian faith do not believe in or celebrate Halloween. There, however, are plenty of people of Christian faith who still enjoy going to pumpkin patches and taking their children trick-or-treating. Halloween does not have to be this big, bad, dark holiday if a person doesn’t make it out to be one.

Fun day with all the cousins at @dewberryfarm ! #itsabuzzworld #outdaughtered

Do you think Adam Busby celebrating Halloween with his children is an issue?