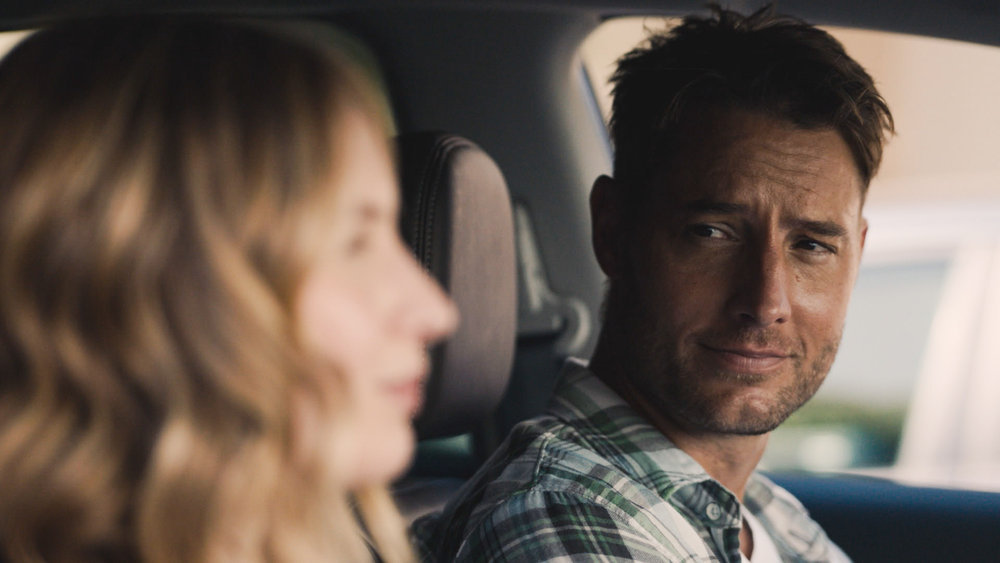 This Is Us Season 5 is set in a pandemic world, and the characters will all need to go through quarantine, social distancing, mask wearing, and much more. That’s very clear from the new sneak peek that NBC has released for the premiere.

The sneak peek was released on the official This Is Us social media channels, giving fans an insight into some of the storylines to come. We get to see how the characters are reacting to the pandemic, and to the news that Kevin has to share.

Is Kevin the New Batman?

The clip starts off pretty light. Kevin turns up at Kate and Toby’s house, where he’s very quickly shooed off the porch. It mimics things that many people have done over recent months, trying to stick to their own social bubbles to avoid the virus. Kate will certainly want to avoid the virus considering she has a baby in the house. She’s only doing what a lot of moms have had to do, even though all she wants to do is see her other family members.

Toby is the one that keeps This Is Us light at first. He’s sure that Kevin’s big news (that isn’t suitable for a Zoom call) is that he’s the new Batman. Kevin would probably love for that to be the news, but it’s much bigger than that. And it’s news Kevin clearly doesn’t know how Kate will react to. Will she be happy for them or not?

As we all knew was coming, Madison is pregnant. It’s twins, and Kevin wants to be happy, but throughout the clip, fans will see him keeping a close eye on Kate. He even asks her what she’s feeling, knowing that this could be heartbreaking for her after everything it took to get her baby to a safe and healthy point in his life.

Kate does look like she’s about to hit someone. Take a look at the clip below to see how she actually reacts:

Kevin has some big news, and so do we. Your official #ThisIsUs Season 5 sneak peek has arrived!

The Season 5 premiere is a two-parter, covering the 40th birthday of the Big Three. It should be a time to celebrate, but that’s certainly not the case. And it’s not all to do with the pandemic.

Tensions are high between family members, especially Kevin and Randall. Things were said that can’t be unsaid. Is there a way back for the Big Three from everything? The three do get time together on their birthday, but that doesn’t mean it will end with them as a happy family again.

Randall is going to have other things on his mind. During the promos for the new season, he is watching a Black Lives Matter protest. With the coronavirus pandemic in the show, it’s not surprising that the BLM movement will also appear. In fact, it makes sense considering everything Randall has already faced on the show.

What do you think about the sneak peek from This Is Us Season 5? What do you hope to see in the fifth season? Share your thoughts in the comments below.