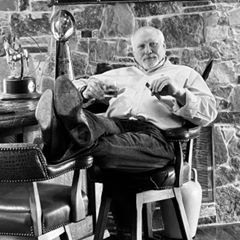 Poor Terry Bradshaw is struggling after being in quarantine due to the coronavirus. But Terry also helped his daughter overcome a hard obstacle.

Oh, quarantine, why were you so mean to all of us?

In the new Bradshaw Bunch Show, the former NFL star goes a little crazy after the coronavirus pandemic. The virus caused millions of people to stay home to stay safe. Now, Terry is trying to make up for all of the extra pounds he put on while stuck at home. In last night’s episode, viewers watch Terry trying to shed the extra weight, but he hasn’t made a ton of progress. Watching this star try to squeeze into a pair of jeans is comic genius for anyone that watched! We also watched Terry help his daughter Rachel overcome a big milestone.

Terry Bradshaw’s daughter did it

Rachel, who previously said she would not be able to perform God Bless America, took the NASCAR stage and amazed all the fans with her voice. This was a big win for Terry and his daughter who had lost her passion for singing.

Terry Bradshaw explains what happened to his daughter

Terry explained that Rachel has dealt with a tragic loss of her husband, Tennessee Titans kicker Rob Bironas that left Rachel widowed just months into their marriage. Rob died on September 20 after a fatal and violent car crash after losing control of his vehicle and flipping it several times.

How Rachel was feeling about singing

Rachel didn’t want to perform, but her father Terry pushed her to push herself out of her comfort zone. She said, “I just really haven’t been able to sing again and be passionate about music.”

“When I was married, I had a partner. I had someone in my corner,” she continued. “So that would boost your confidence. I was so into my career and singing and all of that. But then I lost it, so it’s been years since I’ve been on stage. And like, I don’t want to do this. I really don’t want to do it.” Rachel stated.

Rachel did what her father wanted

Eventually, Rachel reluctantly agreed, which was a decision she began to regret the morning of the race. Rachel feared messing up in front of people and it going online. Fans that watched believe that Rachel pulled off the performance, and even though she was nervous for a while after, she admitted that she was proud of herself. “I haven’t felt this way in a very long time,” Rachel added. according to MSN.