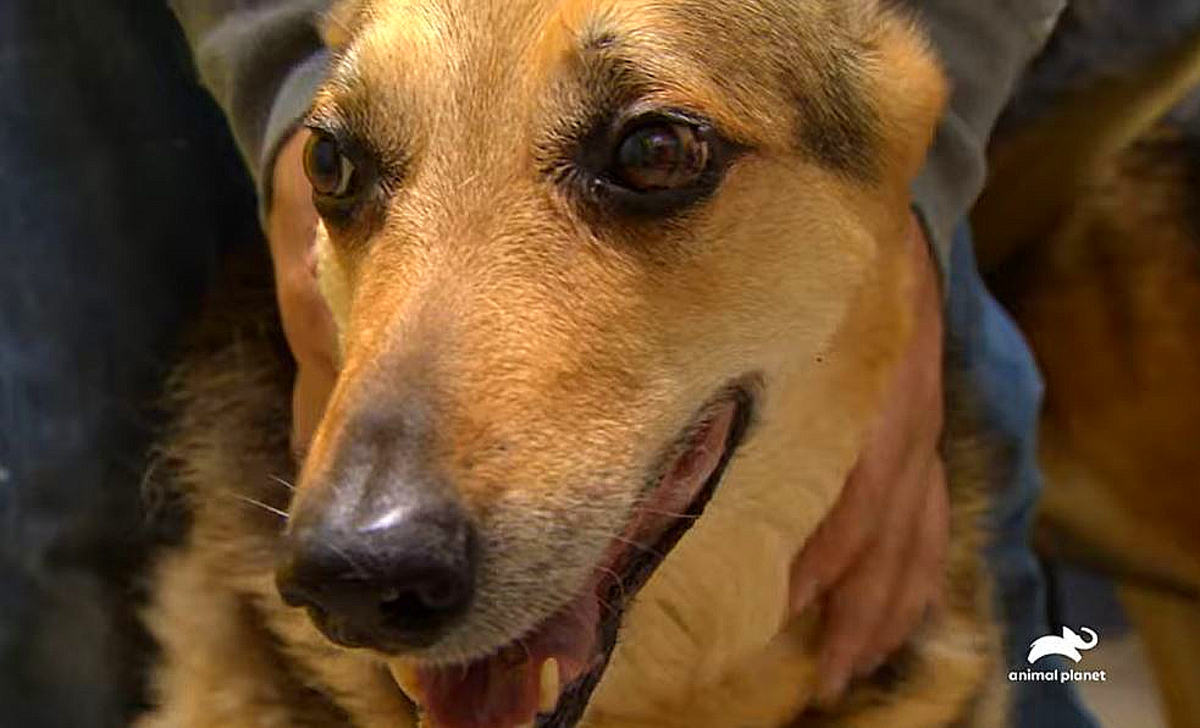 On the next Dr. Jeff: Rocky Mountain Vet, one of the story arcs involves a veteran injured in the line of duty whose service dog he relies upon. The dog is not well, and we see that she has a mass growing in the back of her jawline where her neck meets.

It is worrisome to Dr. Jeff.

In TV Shows Ace exclusive preview, we see the initial consult go down as Dr. Jeff does not sugarcoat the potential diagnoses to the veteran, a former Marine who was severely injured while serving his country.

The dog is his lifeline and without her, he cannot imagine what his life will be like. He relies on this dog for so many things. Dr. Jeff senses the urgency and the gravity of it all.

It’s a tough one to watch.

What happens on Dr. Jeff: Rocky Mountain Vet this week

In the clip below, we are in the exam room with Dr Jeff. He will soon discover the truth behind a treasured support dog’s mysterious lump.

Our veteran is beside himself, and he says in an interview that precedes the office visit: “When I was in the Marine Corps, I got really bad knees, when I got back, Seeley became a physical ailments dog.  I just couldn’t get up and down without her, some days it’s so hard to get out of bed or so hard to get out of a chair. I couldn’t wake up without my girl.”

Dr. Jeff greets him and his two dogs as he asks what’s going on.  The former Marine explains the other dog “is in training” as Seeley is his established physical ailments dog. He explains about his knees, as Dr. Jeff commiserates.

Our veteran says: “This is the girl here, she’s the old one…she seems to have an abscess in her jaw.”

They initially thought perhaps the dog had a bad wasp bite or splinters embedded in soft tissue from chewing on a stick. But no, the news is not very encouraging.  Dr. Jeff rules out a tooth issue too.

Of the mass in her throat, he says: “Yes, it’s too far back, yes…given where it is and given how hard it is maybe it’s a mucosal [tumor] … you know they rupture, usually one of one of the ducts and they leak out, saliva [and] you get this big huge hard mass on there. But given her age, you get a lump that grows rapidly [and] that hard… you’ve got to put cancer pretty high up on the list.”

Dr. Jeff promises they will do the surgery and get the lump out. As far as the biopsy and if it is in fact cancer, you will just have to tune in to see. Hopefully it is not.

Denver’s most passionate veterinarian, Dr. Jeff Young, returns for a new season with new cases to solve and new clients to treat. And even after 30 years in his field, Dr. Jeff still hasn’t seen it all – with the clinic’s constant patient load exhibiting mysterious pet ailments, severe injuries and accidents, every day brings a fresh and exciting challenge.

Other stories this season include Dr. Jeff and the team providing free care to a group of loveable Fainting Goats destined to become therapy animals; becoming a dog’s last hope after he jumps from a moving car on the highway; and coming to the aid of pet owners in a remote jungle village in Panama with a free spay and neuter clinic. Later this season, Dr. Jeff looks back on his 30-year ride as a vet, and the challenging decision to set up a low-cost, high-volume veterinary practice, where no two days are the same, and a sudden emergency can push the team to its limits.

Also on the episode this Saturday, Dr Petra keeps a watchful eye on a cat with an appetite for the unusual. Dr Jeff cautions an owner of the perils of buying online when she brings in her sickly puppy. And Dr Nichols and Vet Tech Hector head to the plains to treat a horse that’s struggling to walk.