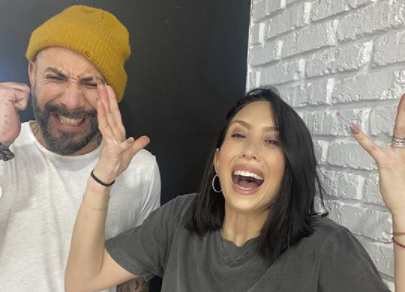 When you’re on Dancing With The Stars, it’s only natural that you may suffer an injury now and then. This season, fans have already seen quite a few injuries. Kaitlyn Bristowe messed up an ankle and Peta Murgatroyd injured her neck. Cheryl Burke is fine for now but recently opened up about all the injuries she caused over the years.

“I wouldn’t take full responsibility, but I am definitely taking some. Ray Lewis was my partner last season. First football player to ever get injured, my fault,” Cheryl recently said on The Kelly Clarkson Show. “Then we had Tom Delay. I danced with, fractured both his feet. Cristián de la Fuente—I broke his arm live on television when we did the samba and at the very end we had this dip and I feel my head just crash to the dance floor. And Tom Bergeron at the time had to cut to commercial because he broke his arm.”

That does sound like a lot of injuries, but Cheryl wants to remind everyone that training for the show is really intense. She says competitors train seven days a week for three months. And most of the celebrity contestants have never danced before. There is definitely a learning curve when someone signs up to do Dancing With The Stars.

You can catch the segment here:

But Things With AJ McLean Seem To Be Going Much Better

This year, Cheryl Burke and Backstreet Boy AJ McLean are partners. So far, he isn’t reporting any injuries. Things actually seem to be going really well between the two. Both are former addicts and bonded over their sobriety.

Cheryl struggled with alcoholism over the years but wanted to stop after her father’s death. Meanwhile, AJ’s addiction started when the Backstreet Boys were at the height of their popularity and it’s been an ongoing battle for 20 years. After being in and out of rehab, he decided to get sober for his family. And it really seems like the two are holding each other accountable.

“It felt great connecting to my Latin roots with a spicy samba, and it felt even greater leaving the dancefloor feeling so proud of what we accomplished together,” AJ said about Cheryl following their performance on Monday night. “I am so grateful to have found a true friend in Cheryl [Burke], the best coach I could have asked for. Thank you all so much for the love.”

Cheryl and AJ will be back to perform for another week on Monday night. Are you excited about the new episode? Dancing With The Stars is throwing a Halloween-themed villains night, so get ready. It’ll definitely be worth checking out.