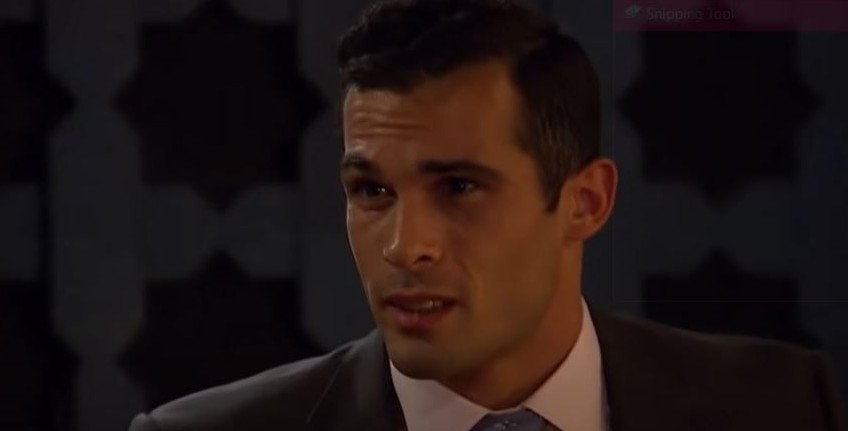 The Bachelorette already has a villain on Clare Crawley’s season of the show. And, sometimes it’s the editing that makes them look bad. However, Yosef Aborady is not making a good case for himself post show either. Allegations are surfacing that perhaps he isn’t as good of a role model as he wants to be.

Yosef is under fire on the show and off

US Weekly and Reality Steve shared details about the allegations that have surfaced about Yosef. So what is he doing? Carly Hammond went viral on TikTok with videos sharing things that went down between her and Yosef. And, it’s not pretty.

The videos indicate she and Yosef started talking after he direct messaged her on Instagram upon his return home from filming. They hit it off and continued to talk. And, he even flew to see her since she lived in another state. However, things took a turn and she realized she wasn’t the only woman he was pursuing.

She said, “Put a finger down if you were talking to this guy that DMed you on Instagram, and then after a few weeks of talking, you find out that he’s going to be the villain on this season of The Bachelorette. You still give him a chance, and he comes down to see you because you guys don’t live in the same state, and you’re, like, amazed at the effort he put in to come see you and how he FaceTimes you all day for hours and texts you all day long, and you guys talk about having a family and having kids and getting married and all this stuff. And then he comes down, and you kind of have a rocky weekend.”

It’s almost that time again tune in to #TheBachelorette Tuesday at 8|7c on ABC. #BachelorNation

Carly continues her story with how she found out

Following their rocky weekend Carly was ready to talk to Yosef about what could have gone better. However, just before approaching him she received a snapchat video that was clearly not meant for her. The video was dirty with Yosef doing private things while saying he wanted to be intimate with the woman he was sending it to.

So, Carly tried to block him on Instagram, but he allegedly starting following her from an account he created for his dog. According to other reports this account is no longer active.

She posted further video’s that revealed their DM’s and when she discovered he was on The Bachelorette. She also shared some of their text messages. Reality Steve verified all this information with Carly.

All those who’ve been asking, yes, I’ve seen the Tik Tok videos of Carly Hammond. I spoke w/ her last night to verify the information, she is talking about Yosef, she’s shown me more texts between them, & this all happened this past wknd. 3 videos total. https://t.co/XVPQlRfkY0

These allegations seem to match up with Tyler’s accusations on night one of the show. And, he has not been very nice towards Clare on the show. It looks like things will finally blow up between them this coming Tuesday on The Bachelorette.

This is definitely not a good look for Yosef. What do you think about Carly’s videos?

Stay tuned for more details on all the drama.