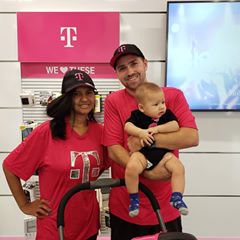 90′ Day Fiance star Paul Staehle is increasing the cost of Cameo and other social media platforms to $100. He says this is only temporary but this begs the question: Will people pay the extra money to talk to one of the lowest rating reality stars from Happily Ever After?

Paul Staehle is one of the least-watched reality stars on the 90 Day Fiance: Happily Ever After shows. He has had many negative comments on his social media page to show that he is not a fan-favorite. Therefore, viewers were surprised to see him post a pay increase on his Cameo videos.

Paul is taking a trip

Paul took to Instagram to post that the increase in his videos is due to travel through The Amazon on a boat. He states that he will be back in late November and prices will decrease after that time.  Yes, you hear that right Paul is taking a trip again but still no word on the reality show personality being employed.  He must be selling a lot of Cameo videos to be able to take this trip!

Paul Staehle’s time on the show

Paul and Karine appeared on 90 Day Fiance: Happily Ever After late last year. Originally from Brazil, Karine and Paul decided to move to the United States so that it would be easier for Paul to get a job. In no part of the show did the 37-year-old get a job, using the excuse that he has a criminal record and employers wouldn’t hire him. Paul’s lack of a job was one of the biggest issues for the couple. The couple broke up and filed restraining orders against each other. After months apart the couple has dropped the orders and got back together. Paul announced that Karine was pregnant with their second child.

Fans watched a very unhappy Karine try to deal with a small child and a lazy husband. The two posted Cameo videos online and some were a little weird and disturbing. One cameo of this 90 Day Fiance couple started circulating online.

It was a horror show, with Karine seemingly the target of Paul’s madness. Could you imagine what the person was thinking that paid and received this Cameo video? If you are interested in watching it Entertainment Chronicle has written an article about the situation and posted the video. It is disturbing, so consider this your warning!

Not a power couple

Would you pay the extra money for a Cameo video starring, Paul Staehle? Most people would guess no and they’re probably right!