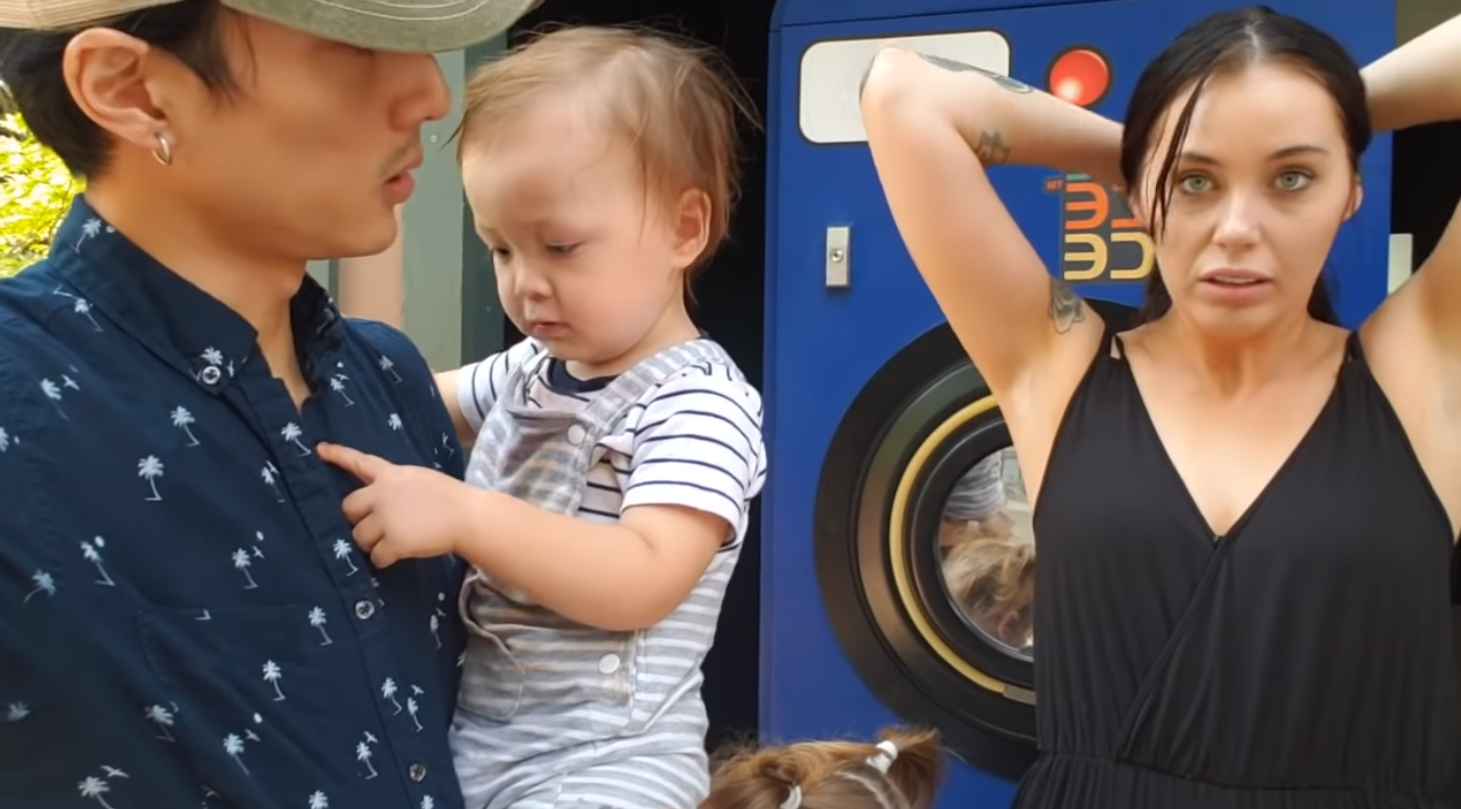 There is news in the ongoing saga of 90 Day Fiance stars Deavan Clegg, Jihoon Lee and Topher Park. Deavan and Jihoon are not yet divorced, as far as we know right now. However, it turns out Clegg knows exactly what she wants. As the English say, she is not backward in coming forward by telling new boyfriend Topher she would like to tie the knot with him.

Since Deavan Clegg moved to Seoul in South Korea to be with Jihoon Lee, it has been a disaster. Their story has included lies about jobs and money problems, as well as not having the ideal home for the family. Deavan has a daughter, Drascilla, from a previous relationship and she shares her son Taeyang with Jihoon. However, things got really hot when Deavan decided to move back home to the States. Moreover, this is after accusing Lee and his family of abusing her daughter.

Soon after she returned home that Deavan introduced her fans to her new boyfriend, Topher Park. Obviously smitten, she posted images and videos of Topher with her family, having fun at an amusement park.  Things have now become more serious between them. In fact, Clegg has hinted that she would like to marry Topher. We do know for sure that she believes he is handsome, with his washboard abs!

Can we just talk about how handsome this man is 😍 @hyu.nw Created an OF link in bio to subscribe. #topherpark #90dayfiancetheotherway #of #blackandwhitephotography

Recently, during an Instagram Live, Deavan spoke about how she and Topher had met and how he works as an accountant. She told her fans that they could pose questions to Topher. The next day she posted an IG Story showing a family outing with Topher, Drascilla and Taeyang. In the post, the images were backed by some carefully chosen songs. One image shows Drascilla with a new pink hairdo, with the song Golden Hour by Kacey Musgraves.

However, 90 Day Fiance fans got a total shock when Deavan posted an image of Topher and Taeyang. On this image, she added the lyrics of the song I Love You 3000 by Stephanie Poetri. The song is a reference to the famous words spoken by Iron Man in Avengers: Endgame. Deavan’s hint about marriage can be seen in the lyrics, “When you ask. Baby, take my hand. I want you to be my husband. ‘Cause you’re my Iron Man. And I love you 3000.”

Rumors of Deavan becoming engaged to Topher have been doing the rounds for some time. However, as these rumors flew, Deavan shut them down, claiming a new ring was just a piece of jewelry from Amazon. Now, with these hints of marriage, the ring is possibly an engagement ring after all.

Back on 90 Day Fiance: The Other Way

As noted by Screen Rant, right now on the show, Deavan and Jihoon are set to have a second wedding. This will be an official Korean ceremony. However, with the latest hints on Instagram, fans might get to see a totally different marriage, between Deavan and her new Korean, Topher.

Keep watching 90 Day Fiance: The Other Way on TLC, Sundays at 8 pm ET.

Zach & Whitney Bates Reveal Newborn Son Is On Life Support
Chris Harrison Confirms ‘Bachelor’ Exit With Statement
‘My 600 Lb Life’ Milla Clark: Where Is She Now And How Is She Doing?
Chris Harrison Leaves Bachelor Nation: Rachel Lindsay Speaks Out
‘The Bachelorette’ Katie Thurston Dishes Dirt On The Men Including Best Kisser