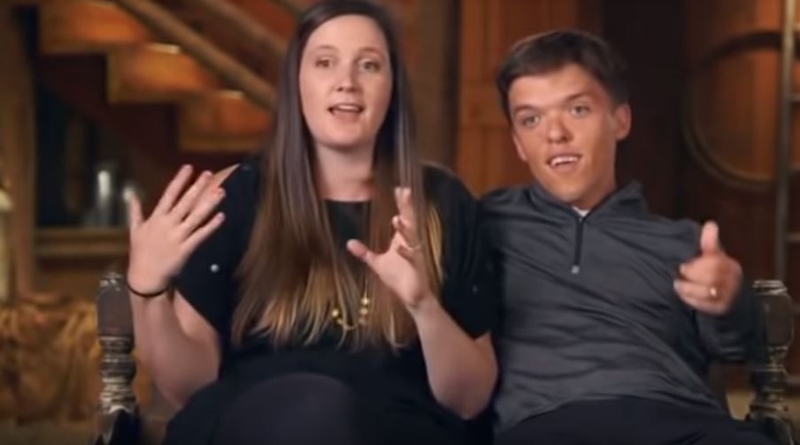 LPBW star Tori Roloff recently celebrated her daughter Lilah turning 11-months-old. But, fans who watch the TLC show know that she became very concerned about her baby’s health. In fact, she thought that her daughter suffered from encephalitis. Then, off-screen, the Little People, Big World star told fans that Lilah fell ill with the flu. So, it’s been an exhausting time. Now, she got candid and talked about her “upside down world.”

When we reported about Lilah turning 11-months-old, we noted that Tori used the word “exhausting.” And, that gave life to rumors that she already fell pregnant again. Well, she categorically denied it.

But, life with Lilah’s not been all that easy. As much as she loves her daughter, she worried about her heath. And like everyone else, she struggles with this horrid virus that just won’t seem to go away.

Sounding very down, the LPBW star took to her Instagram on Wednesday, October 21. In a long post, she said, in part, “I KNOW I’m not the only one struggling. I KNOW I’m in a very privileged position.” And then, she said, “I KNOW I am being selfish.” But, she vented anyway. In fact, it sounded like she spoke from the bottom of her heart.

Candidly, Tori explained that “this mess” went on for so long. And, she sees “no light at the end of the tunnel.” Then, Tori pointed out that they “went through some pretty rough stuff.” For Tori, going to “medical appointments” without Zach “at her side” makes it very difficult. Beyond that, she struggles when she shares about her life, as somehow it “doesn’t feel authentic.” Then she noted, “the world is so upside down and backwards right now.”

Right now, the LPBW star seems to feel very “alone.” So, she shared about it thinking maybe others feel the same way. Despite her struggles, Tori also says that she knows her “Lord” watches over her. She ended by writing, “My truth is God and because God is with me I will not be afraid. But I can still vent about it on Instagram right?” Yes, fans agree they see no problem with that. After all, everyone suffers some stress and depression right now.

I KNOW I’m not the only one struggling. I KNOW I’m in a very privileged position. I KNOW I am being selfish. I KNOW people see and believe different that I do. But oh👏🏼my👏🏾dern. I’ve been struggling to accept my world right now. I’ve been struggling coming to terms with how long this mess has gone on and how I still see no light at the end of the tunnel. I’ve been struggling with the guilt I feel for my kids-especially Lilah. We’ve had some pretty rough stuff hit our house the last two months and I struggle with having to attend doctors or medical appointments alone. Without my teammate by my side. I struggle sharing my life when sometimes it doesn’t feel authentic because our world is so upside down and backwards right now. Im sharing this only in hopes that someone reads it and doesn’t feel alone. We’re not alone. I get that. I thank the Lord every single day that my family is here and healthy. Maybe I’m sharing also to not feel alone. Some days can feel so clouded by what’s truth and whats fear. My truth is God and because God is with me I will not be afraid. But I can still vent about it on Instagram right?

Many fans understand how Tori feels now with raising kids, the coronavirus, and even the political situation in the country. One of them noted, “I can agree it is a super hard time to be a mom… 😩.” And, another LPBW fan commented, “Privileged or not, your human and this is a hard time for everyone. Stay strong ma ma, (sic).”

What do you think about Tory feeling alone in her “upside down world?” Do you understand that? Sound off in the comments below.