OutDaughtered fans have been in a bit of a frenzy since Uncle Dale Mills posted a suggestive video featuring himself and Aunt KiKi (Crystal) on Instagram. The “raunchy video” has since been making rounds on multiple social media platforms. And, a lot of fans were up in arms about it. They thought it was completely inappropriate. And, they didn’t think it paired with the wholesome feel of the TLC series.

Now, it goes without saying that the video was intended to be for Aunt KiKi. Uncle Dale created and uploaded the video to wish her a Happy Anniversary. And, chances are pretty good she’s the only opinion he cares about in regards to whether the video is or isn’t appropriate. So, what did Aunt KiKi think about the video Uncle Dale Mills made for her? Keep reading to find out.

Now, as we previously reported, Uncle Dale Mills is known to be the comedian of the OutDaughtered family. And, sometimes, it would seem as though his sense of humor is an acquired taste. For example, he frequently makes comments about Adam Busby’s sexy physique. He also jested about not being able to trust one of the quints. He even poked fun at his wife’s facial hair.

Likewise, fans have to assume Aunt KiKi is a fan of this sense of humor. Otherwise, why would she have put up with it for over a decade of marriage? Turns out, she also shared the suggestive video on her Instagram Stories. She attached a caption to the video. Shedding her thoughts on it. 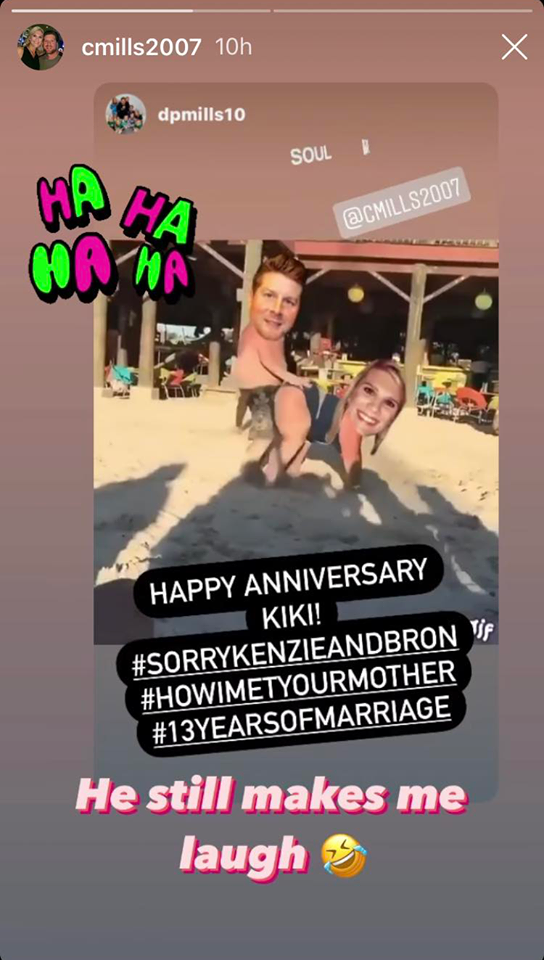 As, you can see from the screenshot above, Aunt KiKi didn’t seem to have too much of an issue with the suggestive video. In fact, she placed a laughing sticker on the top of the video. And, she penned “He still makes me laugh,” at the bottom with a laughing till you cry emoji. So, she clearly enjoys her husband’s twisted sense of humor.

Turns out, some fans didn’t hate the video.

There are a lot of fans who didn’t thing the video was cringeworthy or disturbing. Some have argued they would hardly describe it as suggestive or raunchy. These individuals insisted the video just brought out the prudes in the fan base.

The real question is simple: did you have an issue with the suggestive video? Or, did you find Uncle Dale’s video as funny as Aunt KiKi did?