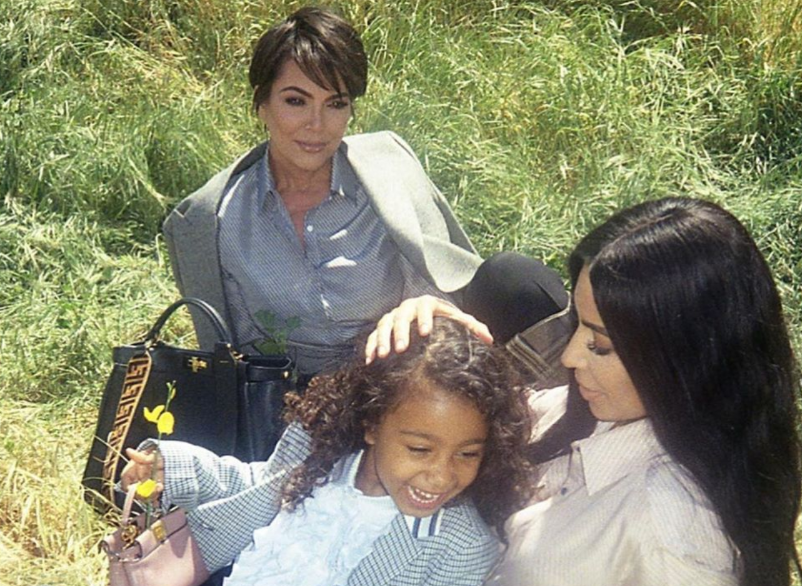 Social media allows a glimpse into people’s everyday lives that used to not be possible. Now, Kris Jenner says that may have contributed to the cancellation of Keeping Up With the Kardashians.

She said, “when we first started, there was no Instagram or Snapchat. Now there are so many…the viewer doesn’t have to wait three or four months to see an episode. We can give them all of the information anyone would ever want to know in real-time.”

Kris Jenner said, “social media is the fastest and most controlled way to get the message out.” According to Page Six, Kris is happy to put the blame on the internet thought there’s been a lot of speculation as to why the show is truly ending. With all the girls having children and many businesses, most fans think they’re just tired of the spotlight. According to Style Caster, Kim said she made more with one Instagram post than a whole season of the show. Previously she said that could be anywhere between three hundred and five hundred thousand.

A look at Kris’ Instagram shows mostly her girls and their businesses. One post showed Kylie’s new makeup collection and another showed Paris Hilton and Kim in her new Velour Skims. She also shared her son Rob Kardashian’s hot sauce launch. Her name is on the card enclosed thanking people for buying it.

Kris Jenner’s other daughters also promote with their social media. Khloe’s Instagram has a lot more pictures of her daughter than promotional things. She promotes her company Good American and a collaboration with collagen company Dose & Co. The mommy mogul has over one hundred and twenty million followers.

Kylie Jenner’s Instagram is mostly pictures of herself. She promotes her cosmetics line and in a recent post with her man she promoted Givenchy. Each of the girls wield their social media power differently. It’s easy to see how they can use it to share everything with their fans. Kylie is almost to two hundred million followers.

I don’t cook, I don’t clean

Kourtney Keeps Her Social About Poosh

Kris Jenner’s oldest, Kourtney Kardashian had been rumored to want to leave the show. She has a laser focus on her social media promoting her website Poosh. Recently Kourtney has been open about wanting to focus on her family and her business. Kourtney took some heat for the above Instagram post quoting Cardi B, “I don’t cook, I don’t clean.” Fans posted that she could afford cleaners and chefs. Her ex Scott Disick replied, “that’s for sure.”

A scroll through her Twitter shows you articles about skin care, making matcha cookies, and working out. All of them links to her lifestyle website. With Kris Jenner and the girls making so much on social media, it’s obvious why they would want to work smarter not harder.

The show will wrap it’s 20th season on E next year.