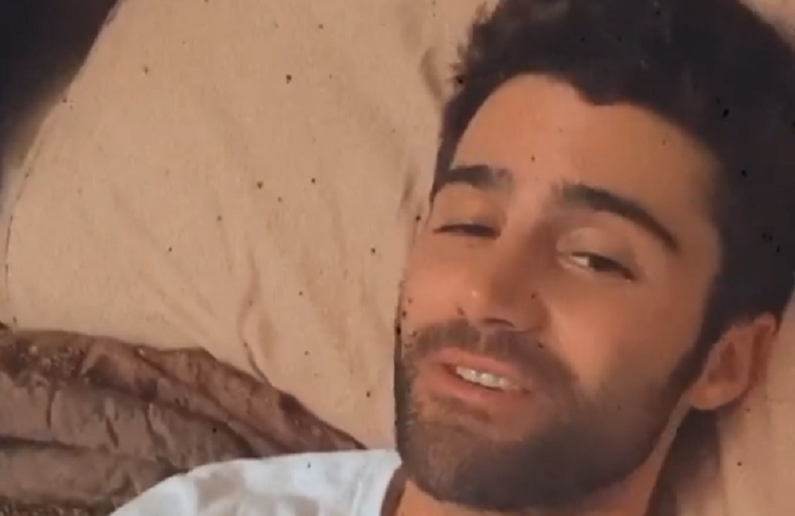 Max Ehrich and Demi Lovato’s split keeps getting stranger. As TV Shows Ace previously reported, The Young and the Restless star addressed their split in various Instagram Lives. In the bizarre videos, Max looked distraught as he slammed the pop star. He’s also been interacting with Demi’s fans in secret online groups.

To take things one step further, Max had a photoshoot on the beach where he proposed to Demi. But this time, he was all by himself and crying. Since then, he seemingly moved on with American Idol alum Sonika Vaid. He posted photos of the two looking cozy on previous occasions. But are Max and Sonika really dating?

Relationship with American Idol alum is “phony,” according to insider

Max Ehrich has fans buzzing about his new supposed relationship. He recently posted photos of himself with the young singer on Instagram. He implied that he has already moved on from his split with Demi Lovato. But it turns out that the Y&R star and the AI alum aren’t dating. An insider revealed that their relationship is “all phony.”

“He wants to make it look like he’s moving on with another woman, but they’re not dating. She’s in a full relationship and lives with her boyfriend,” an insider told Page Six.

The source added that “he’s trying to get back at Demi and make her jealous. It’s all phony.” Sonika is dating a real estate agent who works for Real Housewives of Beverly Hills star Mauricio Umansky’s firm. Sonika previously denied the dating rumors in an interview with E! News.

“I met Max at a dinner with mutual friends,” she said. “It was a fun night and we all got to hang out and head to the studio together. We’ve just been hanging out since and having fun.”

While Sonika claimed that she and Max were just friends, the actor continued to make the dating rumors swirl. On October 13, he shared a photo of them together during a night out. The soap actor was all smiles when he had his arm wrapped around her. Then on October 17, he followed up with another photo of himself and the brunette beauty. But it was just a screenshot of the duo having a FaceTime call.

Max Ehrich is not making himself look good

The actor’s attempts to get Demi Lovato’s attention isn’t working. She’s been spending a lot more time with her friends. She’s using this time to focus on her music and herself. Demi has been trying to escape the drama that continues to play out in the media.

Just last week, the 29-year-old was photographed at a beach in Malibu. It was the same spot where he proposed to the 28-year-old singer in July. Max Ehrich cried as he sat in the sand. Once TMZ published the video, some fans speculated about the sincerity of Max’s emotions.

However, there are some fans who feel bad for him. They defended him and asked other fans to stop bullying him. However, that’s still up for debate. Since their September split, Max claims that he learned about their relationship status “through a tabloid,” which Demi’s team denied.