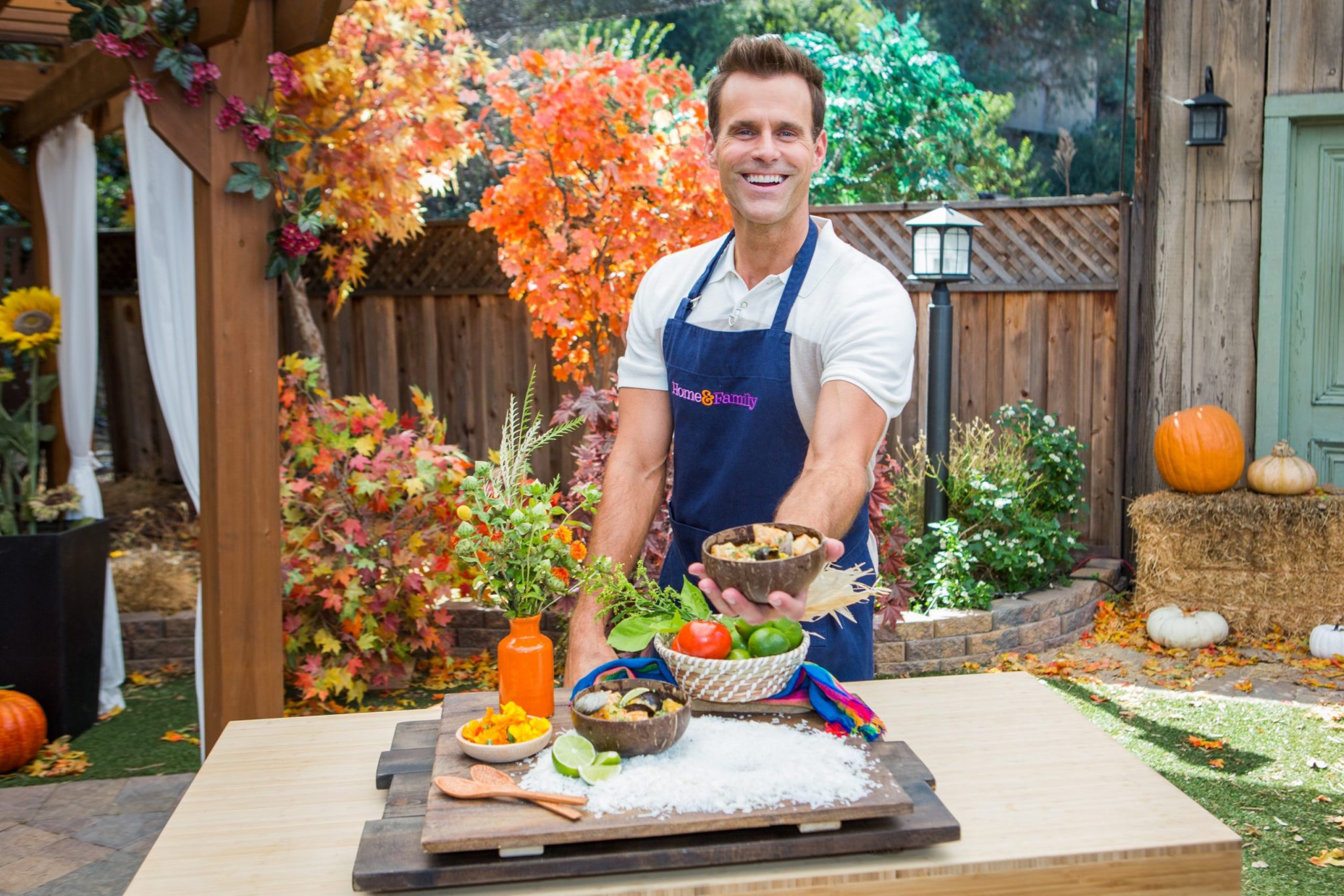 Just one year ago, Hallmark Home & Family host Cameron Mathison announced that he was diagnosed with kidney cancer. He recently gave fans an update on his health.

What is the latest news on the health of the former All My Children star?

Cameron Mathison has always been a picture of health. So, fans were shocked when in September 2019, the former DWTS contestant shared a shocking health update. Cameron Mathison asked that fans pray for him. He was diagnosed with kidney cancer. It has been just over a year since the diagnosis. What is the latest news?

According to Digital Journal, Mathison just recently participated in a the Star Image Entertainment virtual fan event. The 51-year-old shared that he has been cancer-free for a year now. But, “The health journey for me is an ongoing thing.”

If he is cancer-free, what does this mean? Mathison shared that he still does bloodwork “all the time.” This keeps the doctors on top of Mathison’s health. But, he says that he is feeling better than ever. An advocate of a healthy lifestyle, Cameron believes his healthy eating habits and exercise routine have helped him in this situation.

He explained, “It was likely that my healthy lifestyle prevented it since it was growing the whole time but it hadn’t spread.”

Hardest Thing Cameron Mathison Ever Had To Do

At the virtual charity event, where the proceeds went to the Cedars CanSupport, Cameron shared the “hardest” thing he ever had to do. He had to tell his children he had cancer. “The hardest thing in my whole life that I ever had to do was to tell my kids that I had cancer.”

But, his family rallied to support him. “The kidney cancer diagnosis was definitely challenging for me but my family was absolutely amazing.”

Clearly, his family is a big part of his healing. The Emmy-nominated actor shared, “They were supportive, loving, and helpful, before and after.”

The Murder She Baked star has battled health issues in the past. Cameron Mathison was quite young when he battled Legg-Perthes disease. According to Amo Mama, he started hobbling around when he was around 5 years of age. His pronounced limp was concerning.

His mother, a nurse, immediately realized that this could be the rare degenerative bone disease. Basically, the blood supply to the hip is temporarily halted. This causes damage to the bone and the tissue around it. That means if there is no blood supply, the hip caves in.

Cameron was taken to the doctor, where they gave him a leg brace. This was a cumbersome brace that made his leg spread out so wide, he could barely get through a doorway. He wore that 24/7 for four years.

The Canadian was already a shy kid, but the emotional and physical issues surrounding his illness really challenged him. People were unkind. They stared at him and some even made fun of him.

After the braces were taken off, Cameron reinvented himself. Subsequently, he became very active, shedding the “crippled kid” image of his youth.

A Symbol Of A Special Life Together

Cameron Mathison is not just about looking fit and happy. He is also a gearhead. According to HotCars, he owns a flashy blue 1965 Ford Mustang. Down the front is a white racing stripe. It is one good looking car!

The A Summer To Remember star’s car isn’t just for looks. It was considered a “symbolic purchase.” Cameron bought this car to tell then girlfriend, Vanessa Arevalo, that he promised her a special future.

The couple married in 2002 and now have two children, Leila Emmanuelle Mathison and Lucas Arthur Mathison.

Cameron Mathison has made it clear that his family means the world to him. They are there to support him through his cancer battle and healthy lifestyle.