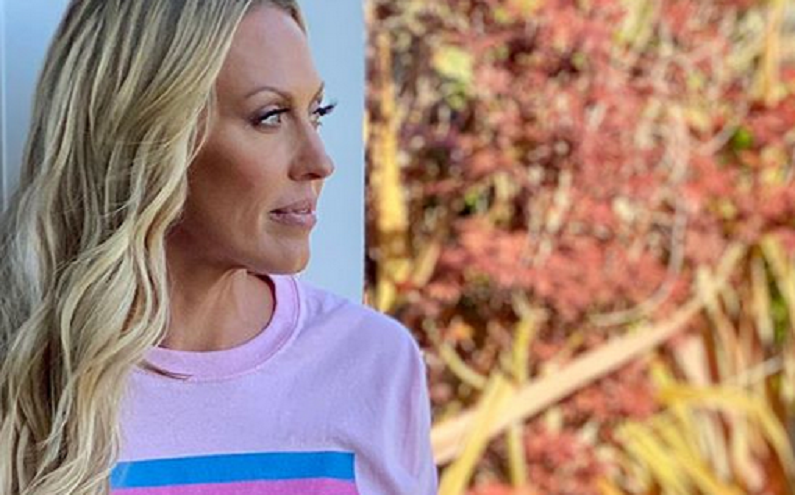 Braunwyn Windham-Burke shared an emotional story about her dad. She revealed that he died from alcoholism after drinking “every day.” At the end of the Season 15 premiere of The Real Housewives of Orange County, she admitted that she has a drinking problem. The shocking admission was met with overwhelming support.

Since then, Braunwyn has been open about her struggles with alcoholism. This season will document her difficult journey to sobriety. Viewers will get to witness the physical and emotional toll that it takes on her. On Wednesday night’s episode, Braunwyn shared that her father died from drinking. She shared the story with new RHOC cast member Elizabeth Lyn Vargas.

The Bravo star previously revealed that her alcoholism started in her teens. Now, she’s revealing that her history with drinking started long before she decided to get sober. On Wednesday night’s episode of The Real Housewives of Orange County, Braunwyn Windham-Burke shared that her father died from alcoholism.

“My dad died from drinking,” the 42-year-old said when speaking with Elizabeth Vargas, who also revealed that her father was an alcoholic.

“I feel like I’m being punched in the gut,” Braunwyn Windham-Burke continued. “My dad had a heart attack because he drank. Every day.”

This conversation was especially triggering for Braunwyn, who was only two weeks sober at the time. In another scene, she cried as she told her husband Sean Burke that she wants a “drink so bad.” Braunwyn was struggling with her decision to become sober.

What a transformative year, tune in tomorrow at 9pm on @bravotv to see it all unfold🌺 @evolutionusa #progressnotperfection #rhoc #transformationtuesday

“I hate that I made this choice and now I’m stuck in it,” she exclaimed. “I thought I was going to be stronger. What was I thinking? What am I doing?”

Braunwyn was concerned with what her friends would think. She felt that they wouldn’t accept her new lifestyle.

“There’s a lot of people who like to have fun with me, and if I’m not drinking [they] won’t call me anymore,” she said. “We’ll see who sticks around.”

Braunwyn Windham-Burke revealed that she was an alcoholic during the RHOC Season 15 premiere. She admitted to having a drinking problem after her trip to Miami to celebrate Kelly Dodd’s now-husband Rick Levanthal’s 60th birthday. Some of Braunwyn’s co-stars discussed her heavy drinking during that same episode. She made her first admission to Emily Simpson, who previously called her out for drinking too much the last season.

“You called me out on my drinking last,” Braunwyn Windham-Burke told Emily Simpson. “Instead of taking it to heart, I really pushed you away. Basically, I think I just got angry with you, and I came up with reasons to be mad.”

In her confessional, Braunwyn said that she kept doing shots in Miami. She drank so much that she thought she was going to lose her life. At first, Braunwyn didn’t want to stop drinking. But she knew she had to change her life.

“I don’t know if it’s divine intervention, but for the first time in my life I can say, ‘My name is Braunwyn and I’m an alcoholic.'”