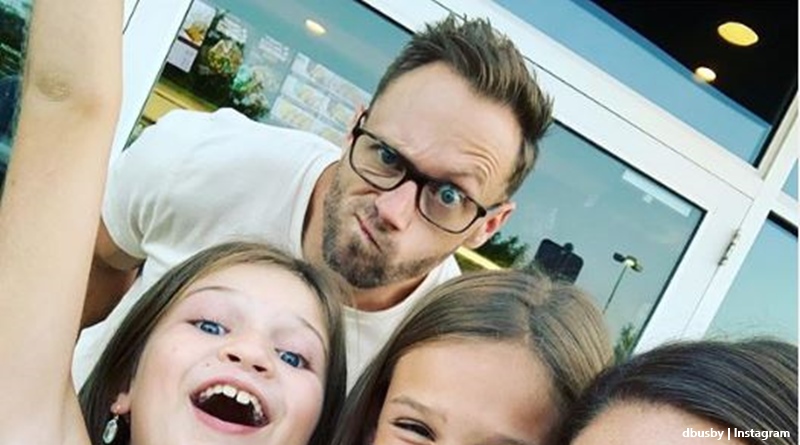 OutDaughtered Dad Adam Busby’s “done” with certain people who comment on his Instagram posts. And, he’s usually funny, inspiring, or just really nice. So, why are people freaking out and totally not getting one post with a bit of sarcasm and wry humor?

Adam Busby took to Instagram on Wednesday and shared a photo of himself sitting in the Busby Bus. And, way too many people freaked out about his caption. His caption read, “I Never take this responsibility for granted.🇺🇸 #ivoted #vote.” But then, further down, in a separate comment, he added “#kanye2020 🎂🥳🇺🇸.” Of course, lots of people looked at his photo, saw his naughty smile, and knew he joked.

But, lots of other people who follow the Busby dad freaked out and got very negative. Straight away, people who would never vote Kanye or anyone else conservative claimed they would unfollow him. One fan said, “oh my…. time to stop watching your show.” And, another now ex- OutDaughtered fan noted, “BYE U DID NOT!” And, the cancel culture came through with many more people.

Adam jokes and lots of fans pick up on that

Like every American, Adam can vote or not vote. In fact, he can vote for anyone he chooses. But, not in the minds of people who think they should act as thought police. Even when other fans who picked up on the wry sarcasm explained he joked, they didn’t, couldn’t, wouldn’t get it. And, Adam then said that he’s over it. He commented, “If you people can’t catch sarcasm anymore, I’m done…🤦‍♂️.”

Some OutDaughtered fans seemed amazed at the intolerance in the comments. One person said, “check out the comments 🙈.” And of course, people started putting in Trump hashtags and Biden hashtags all over the place. And, someone even asked Adam for clarification demanding he tells them who he “voted for.” And finally, someone who understands the concept of democracy spoke up. They wrote, “our vote is private. why is everyone trying to find out who the Busbys voted for. the main point is they voted 😘.”

Some fans don’t care who Adam Busby voted for

For some people, what matters is that people vote. After all, not voting never changed anything. One fan noted, “Soldiers…fought for our right to vote. Everyone should do it. Glad you are a proud American. 👏👏❤️.”

But, the most relevant comment seemed to be this one: “Is there gonna be a new season of [OutDaughtered] anytime soon?” And perhaps,  that brings it all back into perspective. After all, the show features cute, happy, healthy kids with devoted parents. No hidden agenda there, do you agree?