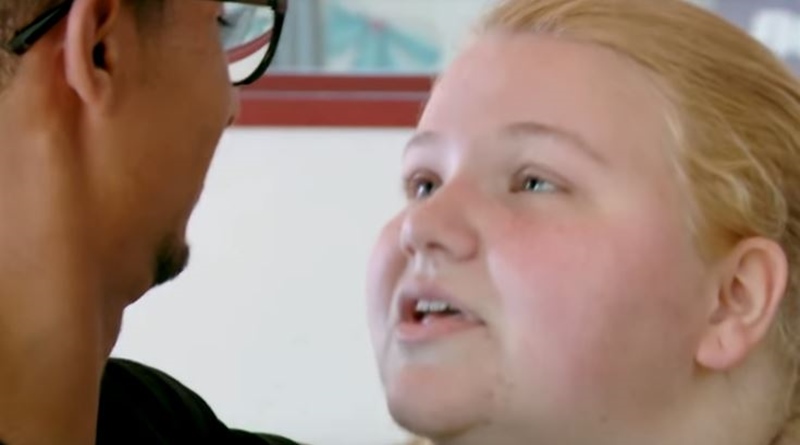 90 Day Fiance fans get right in Nicole Nafziger’s face because she shares a lot of clickbait articles. On Tuesday, October 20, she shared another one about Azan. The caption indicated that people thought Azan died. But, fans wonder why she did that as she started the rumor in the first place.

We reported last week, that Nicole’s fans grow tired of her and Azan. Many of them think that she only pretends they are still together. And, they just want a few simple straight answers. But Nicole seems to prefer sharing cryptic clickbait stories. And that really annoys them as well. It’s the type of story where you click for pages and pages, with adverts everywhere. Finally, there’s an inconclusive ending.

While Nicole once said that someone manages her account and they post these things, she just said that she does post them. In fact, it came when fans slammed her on another post on her page about her daughter.  The 90 Day Fiance alum wrote, “Like idk why y’all hate me so much but literally so many people post ARTICLES and I’m getting trashed. If you don’t like them then don’t pay attention to them. My account is more then [sic] that. Jeez.”

Nicole shared the link on her Instagram Stories. A few brave people who couldn’t help themselves clicked on it. They reported back on the Instagram account of 90 Day Faince Gossip. One of them said, “I made the mistake of opening the link on her page…. the article reads  “Nicole Nafziger is undeniably one of the biggest stars ever to emerge from the 90 Day Fiance franchise.” (She is??) 🧐🤷‍♀️.”

But other 90 Day Fiance fans talked about the fact that “many people” wonder if “Azan died.” Well, naturally fans talked about it. After all, she started the rumor. Screenrant reported that recently, “Nicole posted a picture of her and Azan Tefou aka Hassan M’Raouni with the hashtag RIP.” Clearly, following this up with a story that people wonder if he died stinks of a clickbait ploy from start to finish. And, a lot of fans feel skeptical that anyone believed her anyway.

Fans seem fed up with it even more now. After all, why promote a story about Azan dying that questions why fans think he died? After all, she started that rumor. One 90 Day Fiance fan wrote, “Meanwhile Azan is posting gym selfies 😂.” And another one wrote, “If he passed away. No Nicole no one asked. Like wtf…”

What do you think about Nic0le promoting a story about fans thinking Azan died when she kickstarted the rumor in the first place? Did you believe it? Sound off in the comments below.

Jennifer Aniston Reveals She Is Not Attending The Emmys This Year And Why
‘Young And The Restless’ SURPRISE Secrets: Ashland Locke Related To Prominent Family?
WWE Smackdown 9/10: 5 Must-See Moments, Full Results
Jill Dillard Praised For Giving Her Kids A Better Life
Hannah Brown Admits She’s Hiding A Secret Behind Her Sunglasses