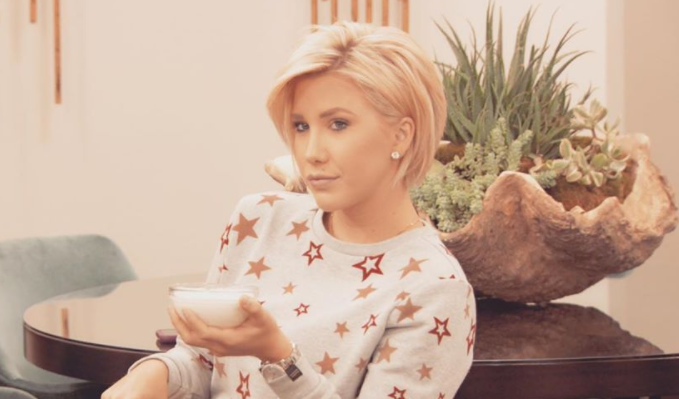 Christmas is a great time for holiday specials. Some of your favorite celebrities get together to sing and perform skits. It’s heartwarming. Of course in 2020 it’s unclear what might await us around the corner. That’s why when fans saw on Instagram an announcement for the Chrisley Christmas Special, they were excited.

Before getting excited about Todd Chrisley giving a heartwarming rendition of Silent Night, they had to read the fine print. The Christmas Special doesn’t appear to be singing and dancing. There won’t be a segment with Nanny Faye’s soft shoe. The announcement posted on Instagram caused a brief moment of false excitement.

The post on Savannah Chrisley’s Instagram shows the family and large letters that say A Very Chrisley Christmas. The caption reads, “Hey y’all I’m so excited to share this new project with you all! My family and I are launching a limited edition, A Very Chrisley Christmas box! Each of us will have a section in the box where we hand-picked high-end products largely sourced from do-good companies that we partnered with.”

Savannah Chrisley said in order to get on the waitlist, you need to click on the bio. She teased a golden ticket surprise. On the website it says the box is an exclusive release. They call it A Very Chrisley Christmas Fanbox.

Once their fans put in their information including their phone number. If they have a chance to get one, they’ll get a text. According to the website, Avery Chrisley Christmas, there will be sixteen things in the box. The price won’t be announced until the winners are chosen. They made sure to note, the money would go to so many do-good companies. Some of those companies include the Rugged Road Outdoors, Brownlow Gifts, and Kind Lips.

Hey y’all I’m so excited to share this new project with you all! My family and I are launching a limited edition, A Very Chrisley Christmas box! Each of us will have a section in the box where we hand-picked high-end products largely sourced from do-good companies that we partnered with. To have a chance at this box, plus a golden ticket surprise.. You will want to sign up for our waitlist, the link is in my bio! Once you’re on the waitlist you will find out if you're one of the lucky winners to have a shot at a Very Chrisley Christmas box!

Savannah Chrisley isn’t the only Chrisley Knows Best family member to share. Todd posted the picture and caption on his Instagram as well. One fan said, “I hope there are lottery tickets and “peena” coladas in there that Nanny picked .” Another said, “signed up!! This is exciting, except I’m a little concerned about Chase having a choice unless it’s a candle.” The Chrisley fans have great senses of humor. There were some haters as there always are on the social media of these reality stars. One fan said, “geez let’s get through Halloween and Thanksgiving first.”

Another fan said it seemed dumb to sign up to win in order to pay for something. They went on to say it would be a mystery what was in it and you don’t know how much it’s going to cost. Lots of fans are excited about the opportunity to get their favorite stars go to items. The website says the boxes will be mailed out at the beginning of December.