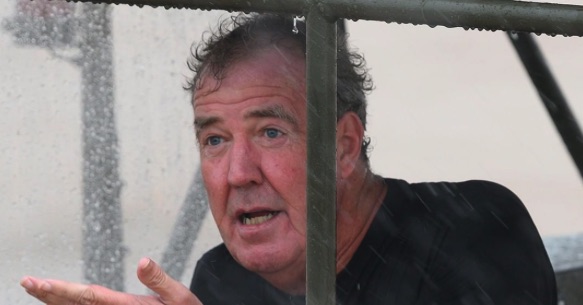 The Grand Tour fans are growing more and more frustrated that Amazon Prime has said nothing about the “Madagascar” episode premiere. We can add one current star of the Amazon adventure car show to that list.

In addition, an update on IMDb. Turns out, “The Grand Tour Presents: Madagascar” is not going to be part of Season 5!

Fans of The Grand Tour have been waiting a very, very long time for the “Madagascar” episode. One fan, Scott Jenkins, went to Twitter to tell Jeremy Clarkson, “I’m getting kind of bored of waiting for @thegrandtour, sure @JeremyClarkson mentioned in April it wasn’t far away.” He ended his missive with a shrug emoji.

Jeremy Clarkson responded, “Me too.”

Fans have been particularly inundating the former Top Gear co-creator with complaints about the “Madagascar” episode delay. The first problem was that producer, and the second Top Gear co-creator, Andy Wilman, got Covid-19. No one could or should fault the reason for the delay.

In April, Deadline reported on a now private YouTube video interview that included Wilman. After sharing “I have got the plague,” Andy went on to explain that being ill made it difficult to edit over a thousand hours of footage. Add that the pandemic quarantine made it difficult to obtain the proper equipment to work from home. He joked, “I had to go to Tesco to buy a microphone,” still finding a way to inject humor that the only store he can go into was the local grocery store.

How difficult was this process? Wilman shared that it took “five weeks” to “ingest” the 4K footage into editing equipment. This is quite a laborious project!

So, if Clarkson did say April and it wasn’t “far away,” he likely didn’t realize that all of this home editing would just take a long time. They wound up giving the footage to Amazon in June. Fans are now waiting for Amazon Prime to air the episode.

Does IMDb have any new information on that?

Amazon’s movie and television database, IMDb has updated information on “The Grand Tour Presents: Madagascar.” Last week, it was listed as the first episode of Season 5. Now, it is in Season 4, and is episode 2. That is a change. Hopefully, they will slip in a date in the next few days. Fans would like to see this episode before they ring out this disastrous year.

The first episode of Season 4 was “Seamen.” There will be a Season 5, but we do not know where the recently filmed “Scotland” episode will fall. Nor, do we know when that will premiere. We do know this: Richard Hammond crashed his car again, so that will certainly be an interesting episode.

Back in April, it was also revealed that The Grand Tour was headed to Russia in March. This is when the snow is plentiful and the sun is strong. This was at the cusp of the worldwide pandemic. But Wilman made the call to cancel. They had spent “hundreds of thousands of pounds” to ship cars and to pay locals for their filming needs. But, as Wilman joked, “there is no word in Russian for ‘refund.'”

At that time they planned on trying again in March 2021. But, the coronavirus seems to be headed into a second or third wave. There will likely not be any filming in Russia until 2022, at the earliest. At least fans hope that is the case.

Meanwhile, The Grand Tour fans are awaiting Amazon Prime to announce when “Madagascar” will be released.