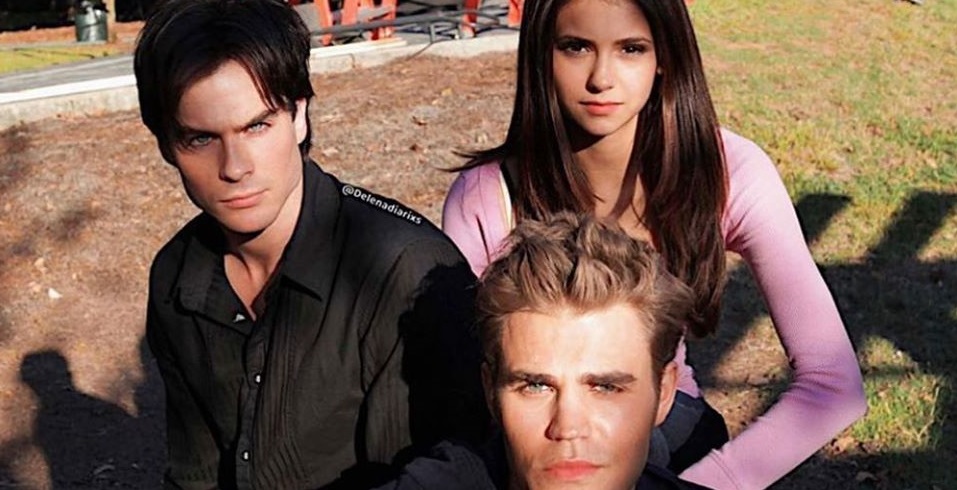 The Vampire Diaries alum Nina Dobrev set Instagram on fire with a very sultry snap. Australian model Ruby Rose (along with Nina’s 21 million Instagram followers) was here for it. The Orange is the New Black actress, however, admitted that it wasn’t long before she shifted from being intrigued by the photo to feeling attacked. Just what was it that Nina Dobrev shared that sent her followers into a frenzy? And, why did it leave Ruby Rose with such a mixed bag of feelings? Keep reading for the details.

The 31-year-old brunette shared a sexy snap of herself rocking a gorgeous pink bra. While she did have some sort of black and white knitted garment or blanket wrapped around her, it wasn’t draped over her torso. Her small, but perky bosom was front and center in the photo. And, she was showing off a serious amount of skin. Possibly making the photo more seductive, Nina had her lips pressed together as she gazed directly into the camera.

Was this photo a thirst trap for her 21 million followers? Yes. But, the Bulgarian born-Canadian actress posted the sultry snap for a very good reason.

“#BreastCancerAwarenessMonth is upon us and my friends at @kitundergarments have partnered with @wcrfcure and will be donating part of their sales the entire month of October to help raise awareness and funds for the Women’s Cancer Research Fund.” Nina Dobrev explained in the caption of her racy photo.

In addition, they will donate $1 to @wcrfcure for everyone who posts a photo in their undergarments. So show your support (pun intended 😉) and be sure to tag and use #KitstoKickCancer.”

So, turns out, Nina Dobrev was simply posting a photo of herself in her gorgeous pink brassiere to earn a donation toward the Women’s Cancer Research Fund. And, she encouraged her fans to join her in stripping down and showing their “support.”

You’re the tits 🍒#BreastCancerAwarenessMonth is upon us and my friends at @kitundergarments have partnered with @wcrfcure and will be donating part of their sales the entire month of October to help raise awareness and funds for the Women's Cancer Research Fund. In addition, they will donate $1 to @wcrfcure for everyone who posts a photo in their undergarments. So show your support (pun intended 😉) and be sure to tag and use #KitstoKickCancer Let’s put and end to breast cancer once and for all! Sending love and well wishes to anyone fighting, has survived or has a loved one battling this heartbreaking disease ♥️

Now, Ruby Rose’s comment soared to the top of Nina’s sultry snap. Nina’s followers liked it nearly 2,000 times. Ruby (like everyone else) was stopped in her tracks when the photo hit her feed. And, she spent several minutes appreciating how hot Nina looked. Then, her feelings changed when she realized this photo she was drooling over was for a charitable cause.

I always feel attacked when people use hot photos to create awareness for important issues… because I clock how hot you look then I read the caption and feel terrible.”

Nina Dobrev left several laughing so hard you cry emojis in response to Ruby’s hilarious comment. And, many of her followers also thought the comment was hilarious.

One follower jested: “It’s okay as long as you read the caption you’re all good LMAO because I did the same thing until I saw your comment.”

“I mean she IS that hot. So. Understandable,” another agreed.

A third chimed in: “well hey at least you read the caption before leaving a raunchy comment, yeah?”

In an unrelated comment, one follower loved that Nina didn’t hide her imperfections or signs of aging from the camera. “I love that she is showing stretch marks i so insecure about mine thank you.”