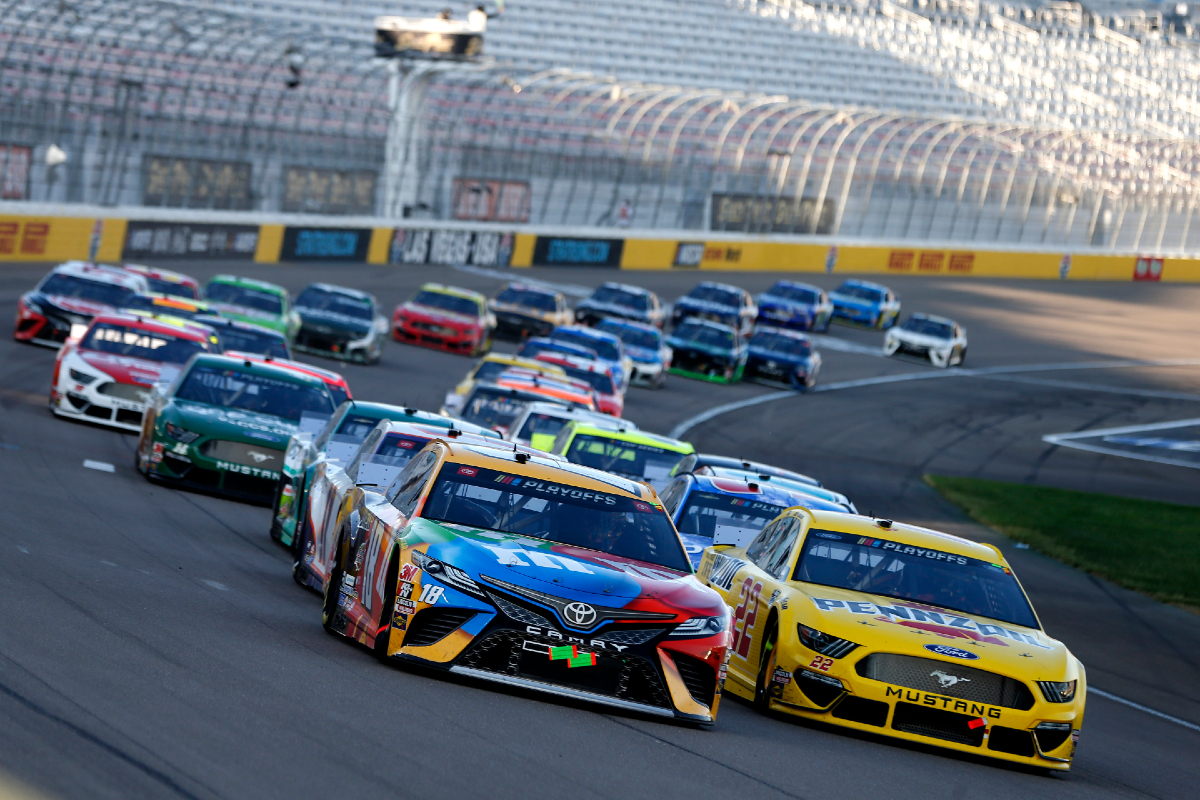 Discovery Channel’s MotorTrend App is home to compelling content and the latest is their NASCAR 2020: Under Pressure series.

This newly announced docuseries is ready to stream on Saturday, October 31, 2020, on MotorTrend’s subscription streaming service.

Not in seven decades of stock car racing has there been a season like NASCAR Cup Series 2020.

The kickoff was the dramatic start at the DAYTONA 500 in February, making history as the first major American sport to safely return from the COVID-19 global pandemic shutdown.

Also, the organization is reinforcing their pledge for more diversity, equity and inclusion in the ongoing social change movement.

What is the docuseries NASCAR 2020: Under Pressure about?

NASCAR is in the season’s backstretch, MotorTrend’s docuseries NASCAR 2020: Under Pressure gives fans an all-access pass to the behind-the-scenes moments on and off the track that showcase the entire NASCAR Cup Series season.

The series will feature racers who shaped the season’s most compelling storylines in their bid to claim the NASCAR Cup Series Championship.

“Our audience craves stories deeply rooted in their automotive interests but that also offer something beyond what is under the hood,” said Alex Wellen, global president and general manager, MotorTrend Group said in a press statement. “This docuseries puts fans in the driver’s seat, providing them with a full view of what it’s like competing in NASCAR during what became the sport’s most transformative, challenging season ever. We’re excited to share NASCAR 2020: Under Pressure with the world.”

“It’s been a truly remarkable year for NASCAR and this new docuseries from MotorTrend will tell the story of this season through the lens of our leaders and drivers who made it happen,” said Tim Clark, Senior Vice President and Chief Digital Officer, NASCAR in the same release. “For our fans, it’s an inside look at how NASCAR overcame significant challenges to create one of the more memorable seasons in our history.”

Viewers are behind-the-scenes on race day as top drivers deal with uncertainty. Additionally, more exclusive content of operational decisions in Race Control and during race prep as drivers and teams compete for one of 16 coveted playoff spots is shared, as they keep from being eliminated and chase the ultimate prize—the 2020 Series Championship.

The first episode, Hit the Brakes, picks up following the DAYTONA 500 with west coast races in full swing. Then in early March, NASCAR shuts down in response to the COVID-19 pandemic sweeping the sports landscape. The NASCAR family finds a way to safely return to racing.

In the second episode, We Stand United, is Bubba Wallace’s story, the Black driver in the NASCAR Cup Series who has had to deal with the pushback on the ban of the confederate flag. Thrilling races at Martinsville Speedway and Talladega Superspeedway are highlighted in the summer stretch as NASCAR’s stance on diversity, inclusion and social change brings new fans to the sport.

The NASCAR Playoffs are highlighted as the Coke Zero Sugar 400 at Daytona is featured. Ryan Newman returns to the site of his crash in this year’s DAYTONA 500 with a new outlook while Ricky Stenhouse, Jr. arrives at one of his best tracks on a mission to earn a spot in the postseason. Jimmie Johnson, William Byron, and Matt DiBenedetto are at the edge of making or missing the playoffs at one of the most volatile tracks on the schedule.

The Cook Out Southern 500 at Darlington is featured as Matt DiBenedetto begins his first career playoff appearance with the Wood Brothers Racing team, facing postseason pressure and an uncertainty in his career. As the Round of 16 continues, Austin Dillon breaks out with stellar performances that raise his championship hopes after a summer loaded with the new responsibilities of fatherhood and sidetracked by COVID. Four drivers will not advance from this round and the pressure is high.

We head to the races in Las Vegas, Talladega and the Charlotte Roval. Kurt Busch brings leadership to Chip Ganassi Racing and will emerge a playoff underdog. Bubba Wallace returns to Talladega with the knowledge that his career is on an uptick while Richard Childress Racing and Austin Dillon hit their home track and offer insider footage on how they have coped with the pandemic. Four drivers run out of luck and see their championship hopes go bust.

Only three races left to qualify for the championship race: Kansas (October 18), Texas (October 25), Martinsville (November 1). The pressure is high as the window closes for eight teams trying to position themselves for the title. Four drivers will move on while the other four are left to wonder what might have been.

Four drivers, one race, one champion. It’s a duel in the desert as the Championship Four drivers face off at Phoenix on November 8 to become the 2020 NASCAR Cup Series Champion.

The MotorTrend App offers more than 8,000 episodes and roughly 3,600 hours of world-leading automotive series and specials including the most complete collection of classic TOP GEAR (200+ episodes and specials spanning seasons one thru 27), the upcoming all-new TOP GEAR AMERICA, and every season of WHEELER DEALERS, ROADKILL, FAST N’ LOUD, OVERHAULIN’, BITCHIN’ RIDES and many more. The MotorTrend App is available for Prime Video customers in the U.S. on Prime Video Channels and on Amazon FireTV in addition to other media players and streaming devices including Apple TV, Roku, Google Chromecast and on the web, as well as across iPhone, iPad, and Android mobile devices. With a monthly audience of 26 million across web, TV, and print, and 110 million social followers, culminating in 2 billion monthly content views across all platforms, the company encompasses television’s #1 network for automotive superfans, a leading automotive YouTube Channel, and the MotorTrend App, the only auto-dedicated subscription video-on-demand service.