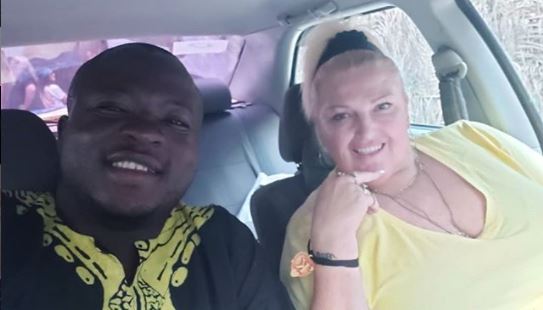 It is uncertain whether Angela or Michael posted the photo. However, from the caption, it’s likely that this message is from Michael. In addition to saying “Nigerian Lives Matter,” the post also has the hashtag of #endSARS. Additionally, Michael mentions personal experiences in Nigeria.

According to Wikipedia, the hashtag originates from Twitter in 2017. It was a response to the formation of “a controversial unit of the Nigerian Police Force. “This unit’s full title is the Special Anti-Robbery Squad (SARS).” Rightfully so, Nigerians despise SARS due to their brutality. Sickeningly, their most heinous alleged crimes are murder and rape.

Possibly, this post from Angela and Michael is to educate 90 Day Fiancé fans on what is going in Michael’s home country of Nigeria. Heartbreakingly, Wikipedia also mentions that there is a revitalization of SARS beginning this month. The unfortunate revitalization has lead to “mass demonstrations throughout Nigeria in major cities.” Remarkably, the hashtag has 28 million tweets and counting.

I pray for our dear country Nigeria 🇳🇬 for good governance. I have been a Victim of police brutality and extortion. It's the reason I dont keep my wife Angie pics on my phone, We just want good governent that's all,enough with the oppression. A lot of youths lost their lives to them. #endsars #endpolicebrutality #policereform

Earlier this morning, BBC reports that “a number of people have reportedly been shot dead or wounded at a protest against police brutality” in Lagos, Nigeria. While the state governor says “about 25 people had been wounded,” there is denial about any deaths. However, witnesses and the rights group, Amnesty International, allege that several people were killed when soldiers opened fire.

Consequently, a 24-hour curfew is in place in Lagos and other regions across Nigeria. Luckily, BBC reports that SARS is disbanded. However, the most recent series of protests have been ongoing for about two weeks. Additionally, it seems that police brutality is still a concern. Sadly, tensions are still rising in Nigeria. As a result, on October 21, 2020, police fired shots into the air. This terrifying show of force is an attempt to disperse the protesters defying the curfew. The new 90 Day Fiancé husband says, “I have been a victim of police brutality and extortion.”

Will this keep Michael from immigrating to the United States?

Undoubtedly, with all of this unrest in Nigeria, it is understandable that Angela Deem and Michael Ilesanmi why use their public platform. They want to let their followers what is going on in Michael’s home country. This is also of substantial concern for the newlyweds. Screenrant reports that Michael was denied the K-1 visa. Additionally, the travel ban in place by President Donald Trump includes Nigeria. Sadly, this means that Angela’s new hubby won’t be able to immigrate to the United States.

Me and my HUSBAND

However, this post does give some validity to a point of contention during the filming of 90 Day Fiancé. Throughout Season 7 of  90 Day Fiancé, TLC cameras regularly catch Angela upset with Michael. One of her grievances is that he doesn’t have any photos of her on his phone. Michael explains that police brutality in Nigeria is the reason why. He writes, “It’s the reason I don’t keep my wife Angie pics on my phone.”

Ultimately, Michael articulates, “We just want good government that’s all, enough with the oppression. A lot of youths lost their lives to [SARS].” Heartwarmingly, Michael also writes, “I pray for our dear country Nigeria for good governance.” Without a doubt, Angela Deem and Michael Ilesanmi have a lot going on. Angela recently debuted a new look on Instagram. Stay tuned to TV Shows Ace for this and other reality television news.

Jim Bob & Michelle Duggar Meet Their Newest Grandchild: See Pictures
Fans Worry ‘Bringing Up Bates’ Will Be Canceled Like ‘Counting On’
‘My Feet Are Killing Me’ Season 3: Release Date, What We Know
Jeremy Vuolo Gets Trolled On Social Media, But Why?
Katie Morton Admits Mixed Feelings About Colton Underwood Coming Out