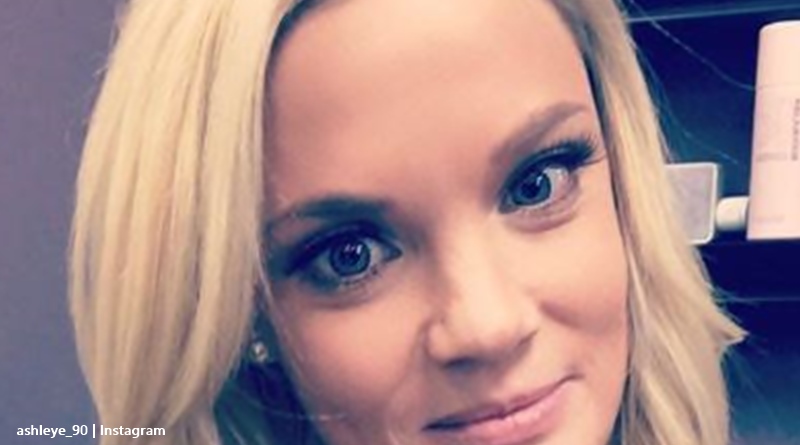 90 Day Fiance star Ashley Martson split from Jay Smith. And right now, it sounds like it wasn’t as amicable as she initially made out. But clearly, she wasn’t thinking about that at least for a day. Ashley took in a pup that needed a home and fans agree that it’s simply the cutest little baby.

On Tuesday, Ashley took to her Instagram and shared a photo of their new family member. The cutest little puppy looked up at the camera. And, it gave lots of TLC fans an “Awwwww” moment. In her caption, Ashley said, “It’s a Girl 🎀.” Then, she wrote as if the little doggie spoke. And, even that came over as cute. “Hi! My name is Chanel. My big sister named me. 🤗 My mommy adopted me from a family that was unable to keep me.”

The post also revealed that little Chanel’s just three months old. And, she enjoys “cuddles” and “playing in the yard.” Weighing just “2.9 lbs,” the pup’s a “pure bred chihuahua.” And, Ashley told her fans that she intends sharing lots of photos of her cute baby dog.  What’s to hate about cute doggie pictures? One 90 Day Fiance fan asked, “Is there a story to her name?” But, nope. Really, Ashley’s daughter just likes it as a name for the dog.

Fans rave about Ashley being a ‘chihuahua mom’

As you can imagine, a lot of fans just wrote, “Awww” and posted up heart emojis. But, other fans who love the dogs think she made a great choice. One of them said, “Welcome to the Chihuahua mom club! 🐕💗” Another one noted, “Aww such a sweet fur baby I have 2 chihuahua babies they are the sweetest and give so much love and joy 💞🐾.” Popular with fans, more comments followed.

One 90 Day Fiance fan commented, “Chihuahuas are the best and so Loyal🖤🖤 I Have a Chihuahua FurBaby, I Love him to death.” Well,  loyalty seems a very strong trait in these dogs. Crazy Pet Guy notes, “Chihuahuas may be tiny, but what they lack in size, they more than make up for in attitude.” Sometimes, they get a bit bossy in the home. But, they exhibit devotion to their owners.

It’s a Girl 🎀 Hi! My name is Chanel. My big sister named me 🤗 My mommy adopted me from a family that was unable to keep me. I’m 3 months old and love to cuddle and play in my yard. I’m a pure bred chihuahua weighing in at 2.9 lbs. I know my mommy is gonna post me a lot so I wanted to introduce myself 🐾 #chihuahuasofinstagram #imnewhere #90dayfiance #puppy

Ashley could probably use some loyal devotion

We reported that although Ashley and Jay split, he still manages to get in her face. On October 16, Ashley grew irritated with him over the Ring camera installed outside their home. And, he won’t take his name off the account That means that technically he can still watch her from afar.

Hopefully, with her adopted doggie Chanel, Ashley spends some happier days. After all, 90 Day Fiance fans who own dogs think they are the best for bringing joy into the home.