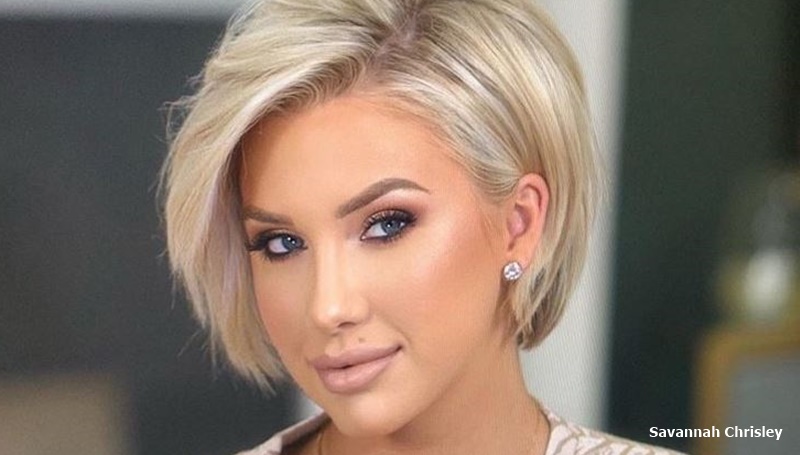 We know Savannah Chrisley recently enjoyed a night of “love and laughter” with her boyfriend Chadd Bryant and her girlfriend Ali Ryan. This fun night with friends came after Chrisley Knows Best fans learned she’d removed every snap featuring her ex boyfriend Nic Kerdiles from her Instagram account. Notably, both Nic and all of Savannah’s family joined her in removing any snap highlighting their relationship.

Unfortunately, it looks as though Savannah Chrisley may have enjoyed this night of “love and laughter” without a mask on her face. Some of her fans had an especially hard time with her lack of a mask because we know her father suffered from COVID-19. And, it made him extremely ill.

Fortunately, her boyfriend Chadd Bryant had her back in the comments of her post!

Her Instagram followers took issue with her lack of a mask.

No one really knows when or if society will reach a point where face masks are no longer necessary in public. Some suspect wearing face masks to go out in public maybe become the new norm. So, it isn’t really a huge surprise that celebrities and social media influencers come under fire any time they make it known that they went anywhere in public without a mask. And, unfortunately, that is what happened to Savannah Chrisley when she enjoyed her night of fun with her friends.

“No mask?” One individual questioned in a comment liked nearly a dozen times. Now, the individual was attacked by several of Savannah’s followers. Some accused the individual of being a “Karen.” Savannah’s friend Chadd Bryant actually responded to the criticism himself.

“We wore mask to the table. You can remove it when you’re seated. Thx bye,” he fired back.

Other individuals also came for the original critic. They insisted the individual should “mind their own mask.” They also speculated the individual was probably someone who unnecessarily wore face masks such as wearing them while alone inside of a vehicle.

Nothing better than a night of love and laughter @thedryhouseali @chaddlife

Savannah Chrisley’s boyfriend Chadd Bryant clapped back a second time: “honey, light your tampon and blow your box apart because that’s the only bang you’re ever gonna get. We went to dinner. We wore mask to and from the table. Stop reaching and work on those flabby arms. sorry you’re such a sad and miserable person.”

Savannah Chrisley shuts down dating rumors about her boyfriend Chadd.

Would Savannah Chrisley describe Chadd Bryant as her boyfriend? She probably would. But, that doesn’t make him any different than her girlfriend Ali Ryan. Ali was also at the table enjoying the evening with them.

She looks at me like that when she knows I’m right…. right by her side! Last night in Cali with this one and all I can say is I love her! And no we are not dating lol. #besties💕 #californiadreaming #grateful @savannahchrisley

That being said, Savannah knows all too well that her fans see her hanging out with a good looking male… And, they are quick to assume she must be dating him. Chadd Bryant is her boyfriend. And, she loves him. But, she isn’t dating him.

Chadd Bryant has also done his part to shut down dating rumors on his own Instagram page as well.

So, do you love seeing Savannah Chrisley enjoy both being single and her youth? Share your thoughts in the comments.