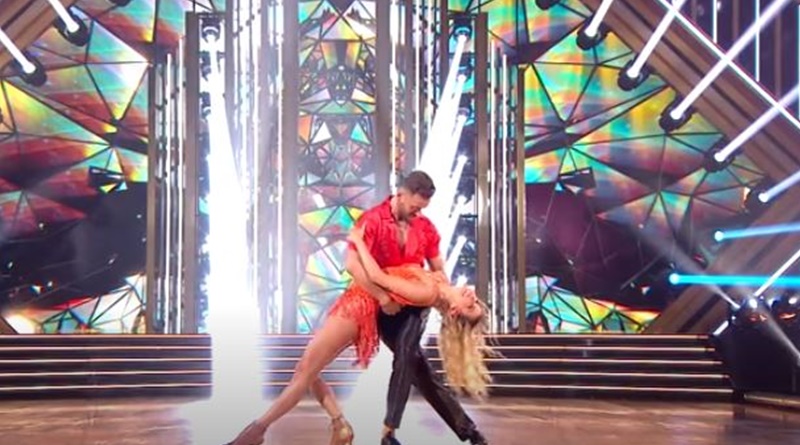 DWTS fans feared that Kaitlyn Bristowe took on too much as a contestant. The Dancing With The Stars contestant works so hard at her routines. But, on her Instagram. she seems uncertain, emotional and a bit fearful of it all. But, despite falling during rehearsal and her obvious nervousness… She and Artem Chigvintsev managed to stay in and scored three 9s this week.

Over the past few days, Kaitlyn shared a lot of her concerns via Instagram Stories. In one of those, she shared how she fell down. And, she seemed rattled. We also reported that many fans think she might be “burning out.” Luckily, Jason Tartick, her boyfriend is there for her. And, her beloved pets. So, they give her a lot of comfort and support in her vulnerable moments.

Nevertheless, she sounded fearful ahead of her dance this week. Before the show aired on Monday she wrote, “Bitches be trippin! Here’s to hoping I don’t trip tonight like I did in rehearsal. If I fall (like I have all week) will you still vote? K thanks 🙏 😘.” And, this week, the competition seemed particularly tough.

Even Carrie Ann who criticized the performance gave her a 9 after agreeing it’s “a competitive season.” But, Carrie couldn’t say why she didn’t like the dance. Actually, Carrie’s known for putting pressure on the DWTS contestants with vague comments like that.

Kaitlyn make sit through despite fears

ET noted that Dancing With The Stars saw the departure of Vernon and Peta. So, Kaitlyn remains safe despite her fears. She and Artem performed the 80s themed Samba Justin Bieber’s Sorry. Energetic, newcomers to the ABC show couldn’t know that she battles with injuries and vulnerability.

And, on YouTube, many fans commented on the excellent performance. One said, “Kaitlyn struggled with the choreography this week which is understandable because it is a challenging dance. It’s good that Artem recognized that and didn’t make it more complex for her.”

Meanwhile, ahead of the show, Kaitlyn’s nervousness came out on her Instagram. Fans commented over there as well. And, one DWTS admirer noted, “If it happens it happens. 🤗 voting anyway! 🎊 You’ve got so much support regardless of falling, so you might as well stop stressing and just have fun! You love to dance, we love watching you love to dance lol so just go out there and dance! ❤️❤️.”

Bitches be trippin! Here’s to hoping I don’t trip tonight like I did in rehearsal. If I fall (like I have all week) will you still vote? K thanks 🙏 😘 #WillYouAcceptThisDance

Other fans agreed that it’s pointless troubling trouble until it all goes down. And, lots of them told her to move on from her falling incident and just do her very best. Well, it certainly worked for her this week despite her fears, do you agree. Sound off in the comments below.

Nanny Faye Has Chase Chrisley Blushing With The Junk In Her Trunk
When Is ‘Ultraman’ Season 2 Coming To Netflix?
Todd Chrisley Is Proud Of His Baby Boy Grayson & Here’s Why
Teresa Giudice & Kyle Richards Post Selfie Teasing Peacock’s ‘RHUGT,’ So Why Is Teresa Is Getting All The Attention?
‘DOOL’ Week Ahead Spoilers: Allie Comes Clean – Gwen & Xander Scheme