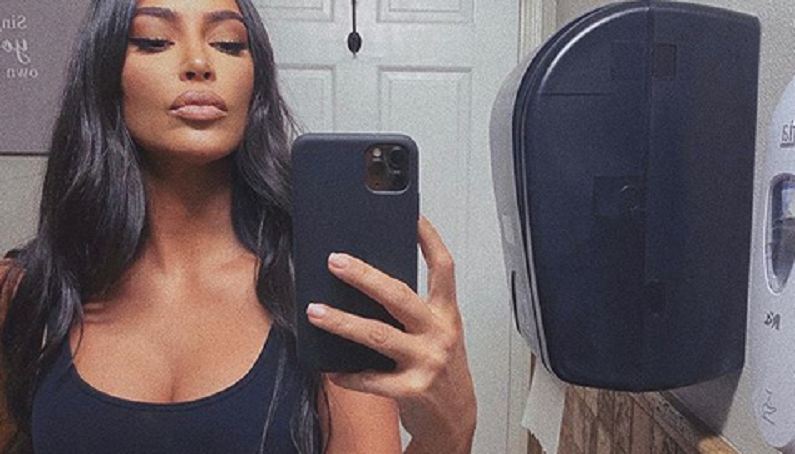 Kim Kardashian revealed that she makes a lot of money on Instagram. She doesn’t even need Keeping Up With the Kardashians anymore. Some fans were saddened to hear the news that the reality series would end after 20 seasons. But Kim is set for life.

The 39-year-old found a way to use Instagram to her advantage. While the reality show may end next year, Kim’s finances won’t take a hit. Kim divulged all on the Season 3 premiere of My Guest Needs No Introduction with David Letterman, which is scheduled to drop on Nextflix on Wednesday, October 21. In the episode, Kim revealed she makes more on Instagram than she does in an entire season of KUWTK.

The E! star got candid about her finances with David Letterman. Despite what fans may think, Kim Kardashian is confident that the show’s cancelation won’t affect her bottom line.

“We would not be who we are today without Keeping Up With the Kardashians and that’s why we continue to share our lives,” Kim explained. “Even if, realistically, we can post something on social media and make more than we do a whole season.”

However, the SKIMS founder wouldn’t reveal how much she earns from a single Instagram post. That’s still up for debate. But Kim did say that she earns anywhere from $300,000 to $500,000. And sometimes, she’ll earn as much as $1 million per post.

In 2017, TMZ reported that Kim and her family inked a five-season agreement with E! for $150 million. However, Variety claims that the family signed a “below $100 million” deal to renew the show through 2020. Fifty to 60 percent is split among Kim, Kourtney, and Khloe. As for their momager, Kris Jenner, she gets a 10 percent cut.

Always surround yourself with people who are smart and ambitious ✨

KUWTK is only a small part of Kim Kardashian’s net worth. She earns the most out of her famous sisters. Kim runs numerous companies, makes appearances, and, of course, promotes products on social media. Earlier this month, Forbes reported that she earned $780 million after she sold a 20 percent stake in her cosmetics company to Coty back in June.

Why she makes more than Kylie Jenner

Kim Kardashian is a savvy businesswoman, no matter what people may think. Her business deal with Coty was a smart move on her part. Not only did she make a few million, but the deal also valued the company at $1.2 billion. The details of the public filings and deal from Coty reveal that Kylie Jenner’s Kylie Cosmetics business was less profitable.

Earlier this year, Kylie Jenner was no longer the youngest self-made billionaire. Her reported net worth is $700 million and not the previously assumed 1 billion. Kim stole the title back from her.

What are your thoughts on Kim Kardashian making most of her money on Instagram? Do you think social media will pave the way for reality stars to generate an income? Sound off below in the comments section.