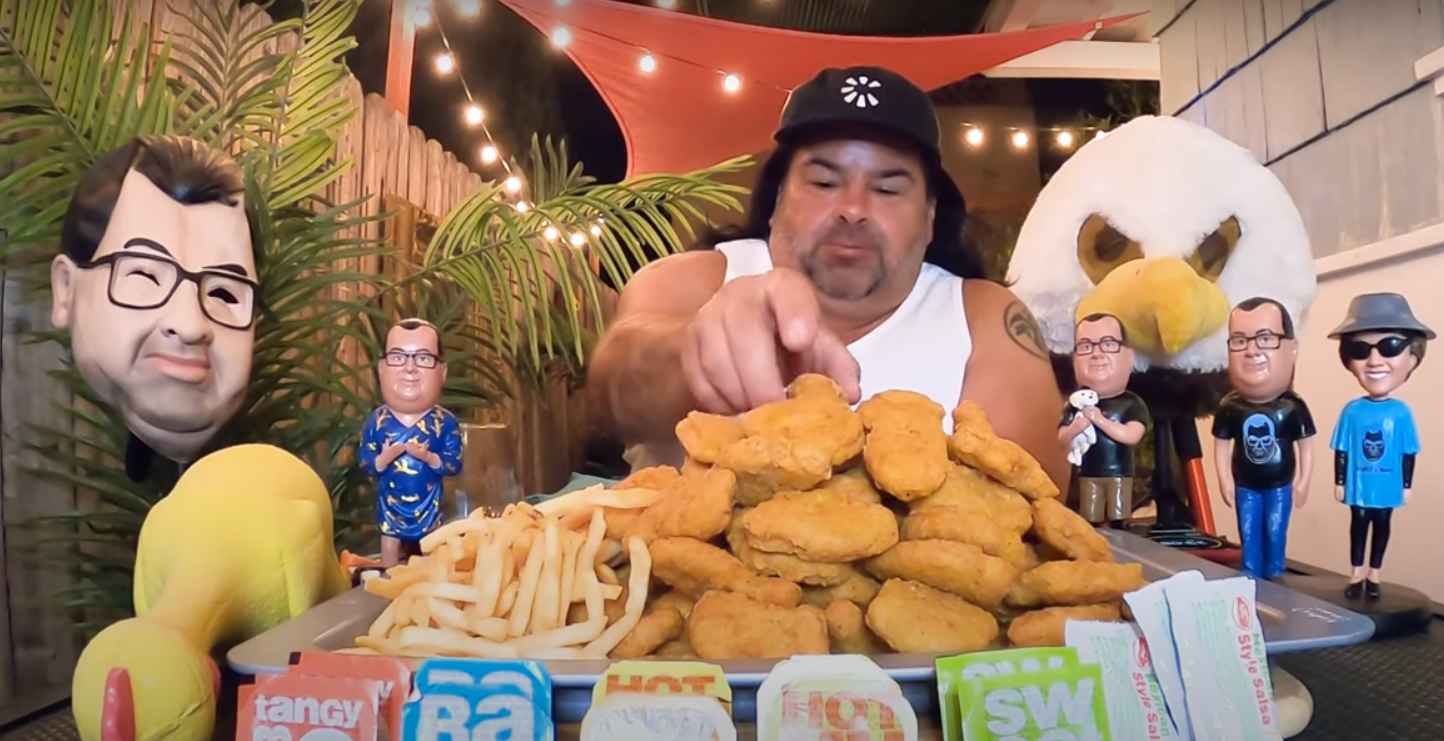 Recently, 90 Day Fiance star Rose Vega posted images of her stunning new look. Her former American boyfriend obviously saw these photos. Big Ed Brown followed up by posting an image of himself, apparently trying to get a revenge body. His fitness plans now seem to have been dropped by the wayside. This is as Ed makes a YouTube video of himself, trying to eat 100 chicken nuggets in one sitting.

Let’s face it, Big Ed has never really been a fan favorite. Viewers were fascinated by the TLC reality star, but for all the wrong reasons. This was while he shot to fame with Rosemarie (Rose) Vega on 90 Day Fiance. Despite this, the diminutive guy is always making headlines. Ed has become famous in memes, videos and more.

Big Ed’s relationship with Rose Vega went horribly wrong for many reasons. It had to smart when Rose recently posted images of a stunning makeover, where she looks like a top model.

"She overcame everything that was meant to destroy her." ❤ Special credits to the following for making this happen 😍 Photographer: @belgbelgica Makeup by: @nikkibetosmakeup Hair by: @gelocibrianhair Style by: @kimsison_ #Rose🌹

The next day, Ed posted an image of himself, working out hard at the gym. Rose’s fans immediately believed he was trying to get a revenge body to compete with her new look.

Big Ed and a big pile of chicken nuggets

However, it seems his fitness efforts didn’t last very long. Soon after posting that image, Ed made an announcement on Instagram. He told fans and followers that he was entering the 100 Chicken Nugget Challenge on YouTube. Trying to eat 100 McNuggets doesn’t exactly make for the perfect revenge body! While making provocative comments about his toy, rubber chicken, he eats a fair amount of the pile of food.

In the video entitled “100 Chicken Nugget Mukbang Challenge,” Ed recalls eating his first McNugget while working at a McDonald’s in Bentonville, Arkansas in 1983. He apparently took to the taste as he said in the video, “Actually, they called me Ed McNuggets.”

While he didn’t manage to eat all 100 chicken nuggets, he claims he devoured 65 from the tray, which isn’t bad. However, comments weren’t exactly complimentary. One viewer wrote, “Dude your 10 minutes of fame are over, just stop already.” Watch the video below if you dare.

90 Day Fiance: Before the 90 Days fans will remember Big Ed traveling to the Philippines. He did so to be with Rose Vega, a Filipina girl half his age. At first, Ed impressed viewers while wooing Rose. However, this soon changed. Before traveling to her country, he had lied to Rose about his height. On arrival, he upset the pretty Filipina by asking her to take an STD test. The TLC reality star went on to accuse Rose and her sister of trying to defraud him.

Even worse, he told Rose he wants to get a vasectomy, despite knowing she wants to have children. It was at this point Vega dumped Ed and carried on with her life. She now has a huge following on social media and is producing fun travel vlogs. For his part, Big Ed has been trying to sell Halloween masks of his face.

Big Ed to star in a TLC spinoff?

While many 90 Day Fiance fans say enough is enough of Ed Brown, it looks like his fame isn’t over yet. Apparently, he has been roped in for another 90 Day Fiance spinoff. Interestingly, Screen Rant notes that Rose might also be in the new reality show. This is after both Ed and Rose have been spotted working with a production crew. Fans and haters will now have to wait and see what TLC comes up with next.