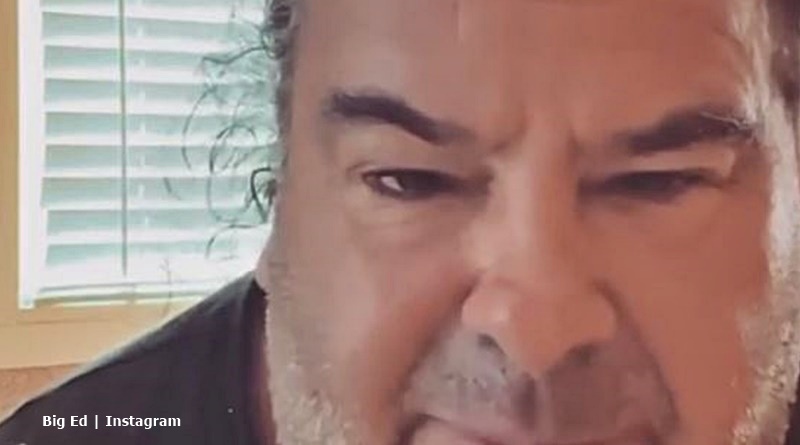 90 Day Fiance fans hate that Big Ed chats to young girls. And often, he’s seen online with younger women. Now, he shared a photo of a hot-looking young woman and it seems he hinted she might date him. But, fans grew irritated with the post. If they date, then she looks close to the age of Rose.

90 Day Fiance star Big Ed tries working on his fitness, did it attract a new girlfriend?

We reported that Rose shared on her Instagram, she changed her looks. And, fans loved the way she looks now. In fact, many of them felt she looks way too good for Big Ed. And, they feel happy that they split. Shortly after Rose posted up her pictures, Ed revealed he works out at the gym. He wrote, “I love the way she walks and I love the way she talks.” Ed then says, “I love everything aboot [sic] her.” And we speculated that maybe he intended going after Rose again.

However, he possibly wrote about another woman. On Sunday, October 18, he posted up a photo and revealed a woman wearing a tank top. slit jeans, and holding a phone. She looks a bit like a model. Well, 90 Day Fiance fans know he photographs models. So, maybe she just poses for a picture. But, his caption suggested something else. It seems that possibly, she’s a new girlfriend.

What did Big Ed say about the woman in his photo?

In his caption, Big Ed wrote, “She said yes..:)! More to come.” And then, he tagged someone called Diane. Well, Diane Choi got seen with Ed before. And, Champion Daily reported that “On July 9, [Big Ed] posted a photo of himself out to lunch in San Diego with this same young woman. Her name is Diane Choi.” The outlet noted that she studies at “the University of California at San Diego.”

Nevertheless, 90 Day Fiance fans dug around, and apparently, she married already. And, in his caption, Big Ed also hashtagged his #bigedwear business. As Diane specialized in marketing, perhaps that’s all it is. Unless she fell in love while working with him and tossed her marriage away, it’s not likely they actually date. And, fans already express unhappiness at the idea if the hint comes to anything at all.

One fan posted in the comments that Big Ed should rather date people closer to his age. But, some supporters commented back, suggesting if they both “consent” then it’s “nobody’s business.” Then, one fan suggested, “She using you for money 😩😭.” And, one skeptic wrote, “Omg. No. Come on Ed… you KNOW it ain’t real.”

Well, seeing that at one stage this year, Dianne Choi was apparently married, the skeptical 90 Day Fiance fan is probably correct.