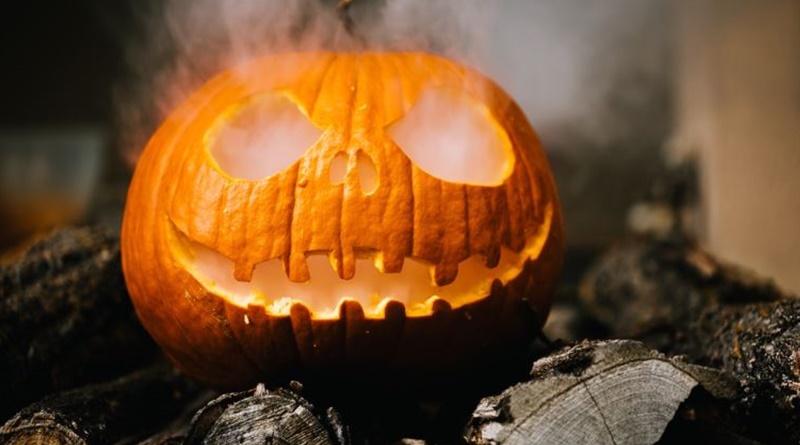 OutDaughtered mom and Dad, Danielle and Adam Busby, try and make every weekend special. Often, they go out for a meal on a Friday. And this weekend, they gathered by the fire pit and shared “S’mores and ‘Scary Stories.'” Well, it’s the season for it, and fans of the TLC show know that quint Hazel loves her “scary stories.”

OutDaughtered kids at the fire pit on a fall night

Cooler weather makes for a fun time for the Busby kids at the fire pit on a Saturday night. And, their cousin Bronson joined them there for some family fun. Danielle Busby shared a photo of them. Her caption read, “S’mores and “scary stories” tonight! We went around the fire pit 🔥 and everyone made up their own scary story.” Describing it as “cute,” Danielle then gave an example of one story.

“There was a little girl, her name was Butterbean, and she walked in the DARRRK to her grandmas house and …and…she found a cookie and when [she] ate it, a monster jumped and scared her 🙀🙀🙀🙀💕💕💕,” Danielle wrote.  Then, she ended off by noting, OH! AND! I have been successful at staying in my PJs ALLDAY!” Well, that might not sound very scary, but obviously, all the OutDaughtered kids enjoyed themselves.

Fans enjoy the mood of ‘S’mores and ‘scary stories”

Lots of TLC fans commented on the photo and cute scary stories. One fan wrote, “We did the same thing. My 6 year old sons story lasted about 15 mintues 😂, (sic).” So, a follower wrote, “you should play “one word” scary story. You go around the circle one at a time, saying one word at a time.” Then, one fan asked Danielle, “Whose story was that? 🤣🤣 sooo cute.” And, another person agreed, “That is the cutest scary story ever.”

Talking about real-life scary stories, a bit of a blot in the OutDaughtered copybook went down over the weekend. Far away from the family time at the fire pit, some fallout comes that involves Grandma Mimi. We reported that “her Instagram” appears “deactivated” after news arrived that she got pulled by the cops “for DUI.” And, honestly, that’s scarier than firepit tales. After all, someone could have been killed.

S’mores and “scary stories” tonight! We went around the fire pit 🔥and everyone made up their own scary story. It was so cute and mostly… not scary, for instance…this story “There was a little girl, her name was Butterbean, and she walked in the DARRRK to her grandmas house and …and…she found a cookie and when ate it, a monster jumped and scared her” 🙀🙀🙀🙀💕💕💕 OH! AND! I have been successful at staying in my PJs ALLDAY! #icallthatagoodday #familynight #mamalife #itsabuzzworld

The kids kept amused and out of the media frenzy

Grandma Mimi’s arrest no doubt is a huge thing for the Busby family. But, at least they keep the kids out of it and by all appearances, uninvolved in the drama. TMZ reported that the cops think she tried “disguising the smell” of alcohol “with perfume.” Mimi’s not always featured in the OutDaughtered show, but enough to raise some eyebrows. After all, it’s all about good, clean living in the Busby household.

Scott Disick Makes Girlfriend Cry On Her Birthday, Here’s Why
Duggar Cousin Amy King Offends All Her Male Followers With One Post
Jill Dillard Shows Off Her Garden – Does She Have A Green Thumb?
‘Bering Sea Gold’ Exclusive: Shawn Is Dead in the Water
Kendra Caldwell’s Family Hides Newborn Baby, But Why?