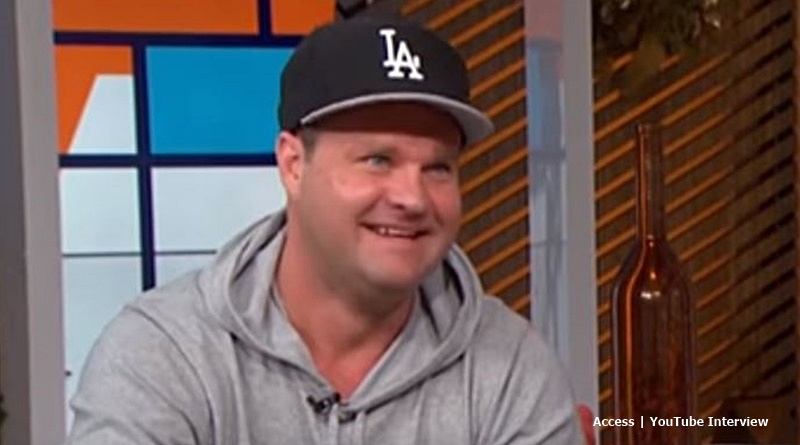 Home Improvement alum Zachery Ty Bryan featured in ABC’s lineup with Tim Allen in the 1990s. Since then, he produced a bit and also featured in Tim The Tool Man. Now, he reportedly got arrested for assaulting his girlfriend. And allegedly, the 39-year-old also tried strangling her in Oregon this weekend.

If you watched the ABC show in the 1990s, you know Zachery as a teen. He acted alongside  Taran Noah Smith and Jonathan Taylor Thomas. The three boys captured the hearts of many young girls at the time. The show leads were Tim Allen, who played the role of the dad, and Patricia Richardson played the role of wife and mom in the Taylor family.

In August we reported Tim Allen landed a new project with the History Channel in a series called Assembly Required.

But it’s not clear that Home Improvement alum Zachery plays any part in it. And, even if he did, his immediate future looks a bit gloomy. Multiple outlets report his arrest in Oregon this weekend. Fox News reported that “Police in Eugene, Ore., went to Bryan’s residence Friday evening following a report from a neighbor of a ‘physical dispute.”‘ Apparently, when the cops arrived he sat “outside an apartment.” In the meantime, his girlfriend waited for the cops in a nearby apartment with a friend.

The outlet noted that the arrest happened at night. And, he was booked into “Lane County jail after 1 a.m. Saturday.” Apparently, during a domestic fight, Zachary held her on the throat so she couldn’t breathe. And, when she tried calling for help, he grabbed her phone. However, it seems she’s not majorly injured physically, as she reportedly refused “medical assistance.”

So far, it seems no representatives spoke with any of the media about the arrest. But, fans who thought him of him as a heartthrob in the 90s wouldn’t bat an eye at him these days. A fuller face, a few wrinkles, and a receding hairline don’t cut a swath of admirers. And, it’s likely he now gets a whole lot of hate. Fans from any TV show, even one as old as Home Improvement, don’t forgive assault on women easily.  One person tweeted this:

'Home Improvement' been off the air for quite some time now, but rest assured Zachery Ty Bryan, you Sir are.. pic.twitter.com/Paf4DG0Bdy

Zachery only recently announced his divorce from ex-wife Carly Matos. The announcement came on Instagram, but the account seems down at the moment. Meaww reported that on the night of the arrest, he shared a photo of himself with four women at a place that looked like a nightclub.

What do you think about this breaking news story? Are you shocked about the charge of strangulation? Sound off in the comments below.