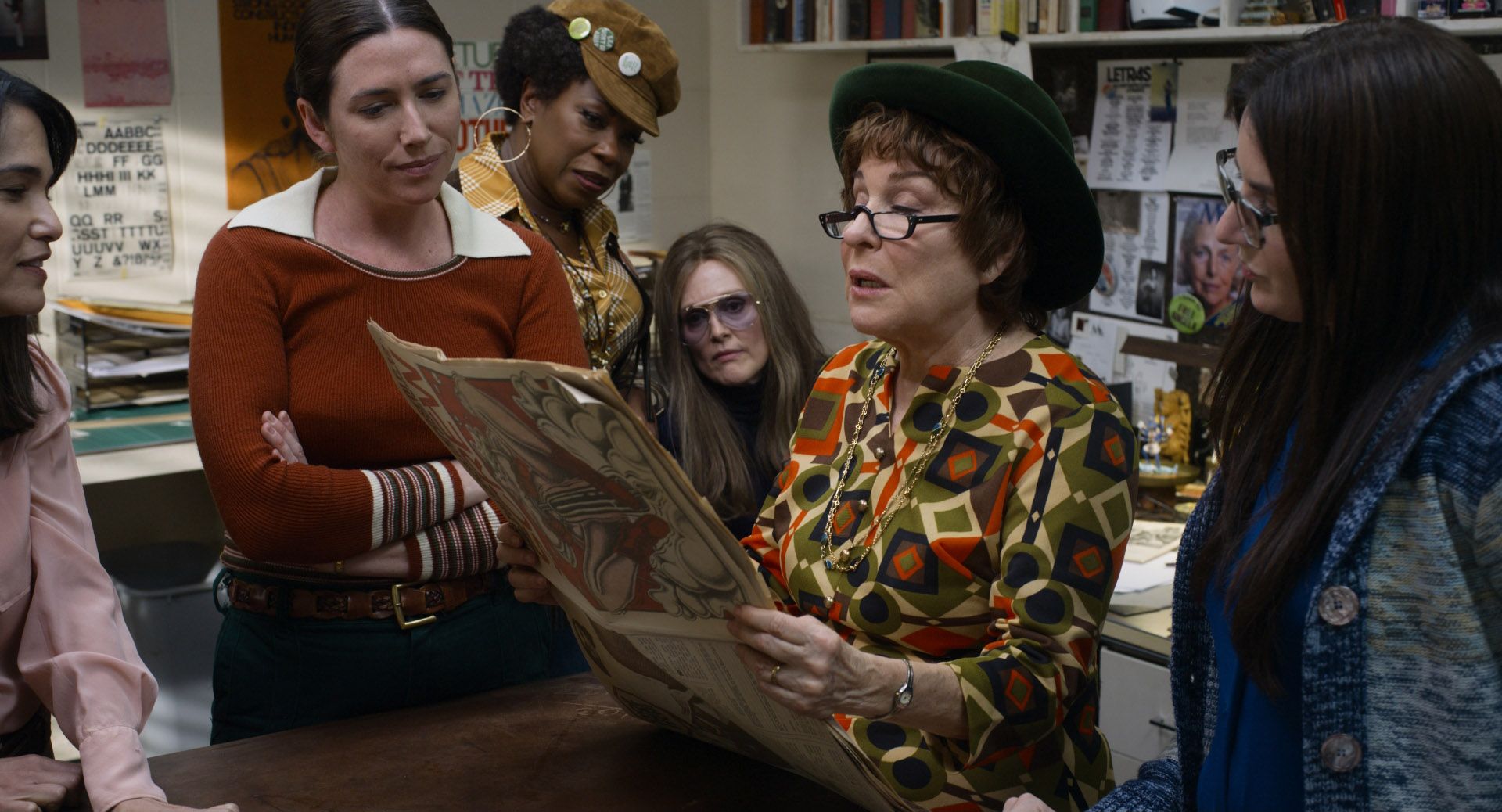 TV Shows Ace recently got the chance to talk to Allie McCulloch of The Glorias exclusively about the upcoming movie. Check out below what she had to say.

Interview with Allie McCulloch of The Glorias

How did you land the role of Brenda?

“I got an audition for the role from one of the awesome Casting Directors on the film, Meagan Lewis. I got started with my research and prep and then I went in and auditioned for the part with casting. Over a month went by before I heard I got the offer! I was ecstatic – so much time had gone by since I auditioned, I just figured it was done. Such a wonderful surprise!”

Do you think that this film came out at the perfect time?

“Oh, absolutely! This film couldn’t be more timely. With the election just a few weeks away, I think the filmmakers were very strategic about releasing when they did. It’s such an important film at such an important time in our country.”

What was your favorite part of this role?

“Well, besides the very obvious parts, like working alongside the incomparable Julianne Moore for 5 weeks, and being directed by a true visionary in our industry, Julie Taymor, I really enjoyed delving into the research. I read everything I could find about these women. I really got to know Brenda Feigen’s history and so much more about Gloria Steinem and Ruth Bader Ginsburg. I learned so much about Flo Kennedy and Dorothy Pitman Hughes. It was fascinating and I’m so grateful for this opportunity which allowed me to get to know these incredible women better.”

Where can viewers watch ‘The Glorias’?

“The Glorias is available on AMAZON PRIME now!”

Do you feel like there is more story to tell and a chance for a sequel?

“There’s always an opportunity for more story to tell when it comes to Gloria Steinem! She is still alive and thriving, as she has been for eight decades, so who knows?! Anything is possible…”

Are you working on anything else right now?

“I am in pre-production on an independent film shooting on the coast of North Carolina later this month. It’s a very exciting project tentatively titled, “Marlowe,” from an incredibly special director named Andrew Rose. That’s all I can say for now.”

If you haven’t seen The Glorias make sure that you check out it on Amazon Prime now.