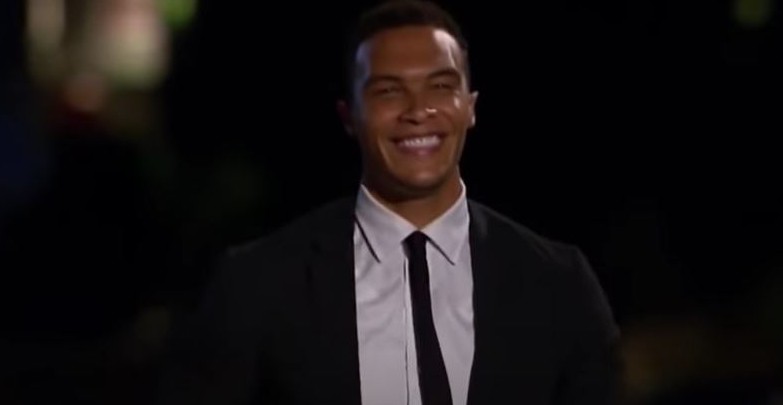 Night one and Dale Moss already had the attention of The Bachelorette Clare Crawley. In fact, she connected with him so much she announced she felt like she just met her husband. Their connection was electric. But, aside from being the front-runner on Clare’s season, who is Dale Moss? What are his dreams and goals?

Dale has many goals for his career

Entertainment Tonight shared what has been learned about Dale’s dreams for the entertainment industry. Fans actually uncovered an interview with Midco Sports Network when he returned to his hometown of Brandon, South Dakota this summer.

The trip was prior to filming after the coronavirus pandemic shut down filming in March. During the interview, Dale discussed what he hopes to accomplish in the entertainment industry. He has already played in the NFL but no longer does that.

Dale said, Currently, “I am a model with Wilhelmina International, and a sports and entertainment host.” He continued, “That’s always been one of my focuses. I think how Ryan Seacrest has built a brand and really an empire is really amazing, and I would love to model my career after him.”

He also said, “Behind the lens, I’m doing a lot of producing. Live events — that’s obviously not happening now — and a documentary, that’s happening under my company, Moss Media. I’ve been so blessed to work with some of the greatest talent, we’ve worked with some of the greatest brands, and just be in a situation where I’m surrounded by people I can learn from each and every day. That’s really helped me grow.”

I know I’ve said it before, but I’ll keep saying it… I will forever be grateful for not only each and every one of these men you see, but for all of our friends behind the scenes working that took months out of their life, away from their families, all for the pursuit of love!

Being on The Bachelorette

Dale admitted nothing regarding The Bachelorette. He said, “I’m just excited about what’s coming up in the new few months — there’s some good things.” And, if rumors are true, things turned out incredibly well for the model.

Of course with those kinds of goals, many question whether his intentions were true for joining the show. After all, Clare had seemingly dissed Bachelor Matt James for having a Cameo account. Previews for this season reveal some of the men saying Dale isn’t who Clare thinks he is.

As for Clare, she is smitten with Dale. She said, “Just standing in front of a man, connecting on that level, and it being electric between each other – I’ve never felt that instantly like that before. I had never felt it before, and I never even knew what to expect with those feelings. When you have not experienced it or felt it, you don’t know if it exists, but when you feel it, you know exactly what that feeling is.”

Will they end up together? Does Dale have true intentions? Find out by watching The Bachelorette Tuesday nights on ABC.