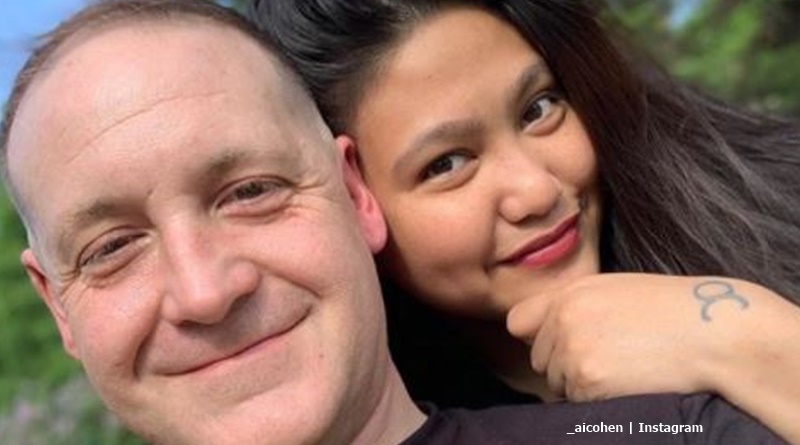 90 Day Fiance fans first met Leida Margaretha and Eric Rosenbrook in Season 6. Leida got a lot of haters as she didn’t get along with Eric’s daughter Tasha. Actually, it led to a restraining order. But, they resolved their differences. And now, a rare photo of Eric wearing his military uniform appeared on Instagram

We reported that since things settled down between Tasha and Leida, the couple got on with their lives. They worked really hard, and she proudly announced in August that they purchased their own house after two years of marriage. TLC described Eric as a military veteran at the time of filming. So, fans assume he left the army and won’t be involved in anything military at the moment. So, the photo of him in uniform took some fans by surprise.

Taking to Instagram on October 16, Leida revealed them standing together. In her caption, she wrote, “If a man hasn’t discovered something that he will die for, he isn’t fit to live.” — Martin Luther King, Jr.” Some 90 Day Fiance fans wondered what uniform or branch of the military he might be involved with these days. A few speculated maybe he serves in the reserve. or, perhaps he serves with the National Guard, But, it seems hard to make out what his beret flash stands for.

One of Leida’s fans asked about Eric’s MOS. It stands for military occupational specialty code. They wrote, “Love you two! Is he active duty or reserves? Can I ask what his MOS was/is? My son is active duty 11B.” Well. possibly Eric works in the reserve because Laida answered in the present tense, “he’s 19D.” According to ourmilitary.com, 19D’s not in the top MOS preferred occupational specialties. Military pilots, MOS 16 A take the top spot. Mostly because they train for jobs they can easily do outside of the military.

So, in MOS 19D, Eric might be related to the Armored Reconnaissance Specialist units. Whatever his current status with the military, many 90 Day Fiance fans don’t mind. What matters for them, is that he served his country. One said, “Thank him for his service, please! 🇺🇸 HOOAH!” And, another fan noted, “What a nice photo. His uniform means something profound and I thank him for his service. ❤️🇺🇸.”

Many fans speculated from the photo of Eric and Leida, that she might be pregnant. But loyal fans think people seem very rude discussing these things on social media. After all, if the 90 Day Fiance star is preggo, then when she’s good ready, she’ll probably make an announcement herself.

What do you think of the rare photo of Eric in his uniform? Sound off in the comments below.

Myrka Cantu & Ethan Ybarra Address Breakup, Domestic Violence Rumors
‘Game of Talents’ Exclusive: ‘Joanne’ Tests Freddy and Jessica’s Sleuthing Skills
Colton Underwood Admits To Trolling Grindr For Men Before ‘Bachelor’
Who Are The Season 12 ‘Shark Tank’ Sharks & What Are Their Specialties
‘Bachelorette’ Ali Fedotowsky-Manno Gets The Surprise Of Her Life