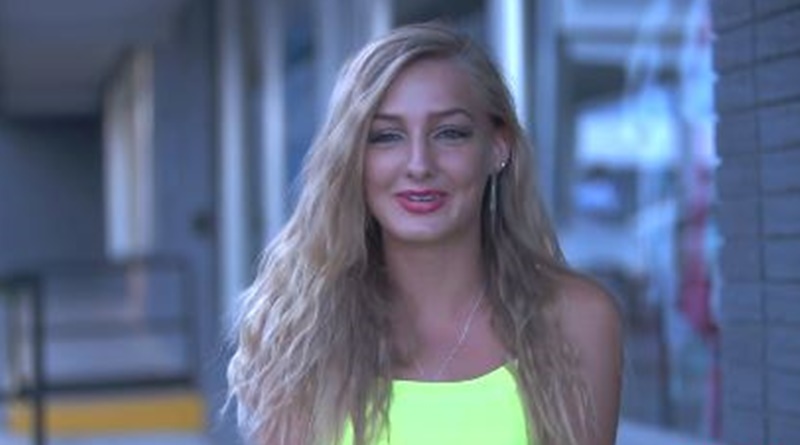 Welcome To Plathville arrives for a second season on November 10, on TLC. And the news generated a lot of excitement. The first season focused on Olivia and how Kim and Barry Plath really clashed with her. Recall, the super-religious family kept their kids very sheltered from the world. And, they thought Olivia corrupted them. Now, they deal with Moriah and her boyfriend.

We reported that Olivia and Ethan feature a lot in the new season. But, Micah features as he moves on and grows his modeling career. Plus, fans noted that Mariah, Micah, Olivia and Ethan stood apart from the rest of the family in the poster promo. So, fans hoped for more of them rather than the rest of the family. After all, Kim ad Barry won few, if any fans. And, the little kids weren’t as interesting as rebellious Moriah.

TLC dropped a new teaser for Welcome To Plathville on Friday, October 16. And, it features Moriah. In December last year, Distractify reported that the “second eldest daughter Moriah Plath…made it her mission [last] season to break free from her family’s strict rules on essentially everything.” Earlier last year, she left her family home in Georgia and wrote a long post about emancipation. And,  judging by the new teaser, she values that decision.

The teaser opens with Moriah hopping onto a motorbike with a guy, who tells her to hold onto him. She says, “My parents won’t like that I’m riding motorcycles.” But, she feels she lives her “dream,” saying, “like take me away in a motorcycle.” And sure enough, her parents don’t like any of it. In fact, they confront her about her boyfriend. Kim Plath says, ” We know you have a boyfriend and I know you don’t wanna tell us about him.”

So, the Welcome To Plathville beauty replies, “I don’t wanna talk about that.” And, the expression on her face says it all. Then, Kim starts off about Moriah being “underage.” Actually, she turned 18 about 11 months ago. But, the show may have filmed before that. Kim suggests she takes care so she doesn’t “damage herself for other people.” However, Moriah then tells the camera that her whole life “changed” since she “moved out of the house.”

Free and wearing what she likes without criticism

Moriah works two jobs, and one section of the clip reveals she changes a tire. Then, she talked about her boyfriend, saying that she’s “not judged by the clothes [she] wears.” Moriah added that it feels “nice” not being judged for the way she acts. The caption by TLC that accompanied the teaser noted that she lived a “sheltered life for 16 years.” They added that now she breaks “free ” from a life of no technology like “phones “and “TV and “no real contact with the outside world.”

No TV. No phones. No real contact with the outside world. But now, Moriah's breaking free. Watch the dramatic new season of #WelcomeToPlathville, coming Tuesday, November 10 at 10/9c.

Welcome To Plathville fans talked about the teaser and they agreed that Kim loses her kids after holding into them “too tightly.” Do you agree? Sound Off in the comments below.