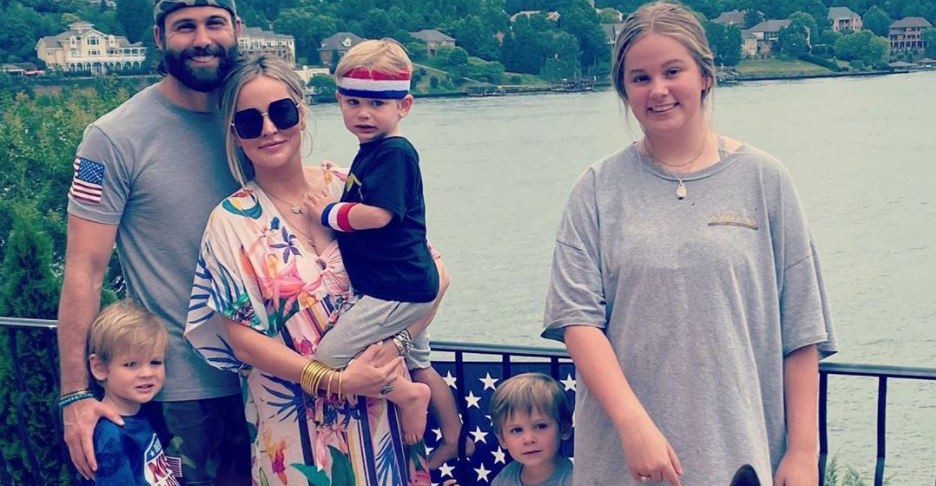 Former Bachelorette Emily Maynard Johnson announced just last night she is expecting her fifth child. This is her fourth child with husband Tyler Johnson. And, to shock fans even more, she had the baby!

There was tons of speculation surrounding Emily’s Instagram post Friday night. She shared a photo of what appeared to be a hospital gown and she was wearing pink socks. The photo was of her looking down towards her stomach and floor. She said, “ready or not #5 @mtylerjohnson.”

Most fans and news outlets believed this was Emily’s pregnancy announcement. Some, thought she was having the baby. Looking back over her summer photos many speculated she could be hiding a pregnancy. Turns out they were right.

Today, Emily shared a video of her fifth child making its entrance into the world. It looks like she had a c-section based on the photos. And, they had a baby girl! The video shows the baby weighing in at 6 pounds, 11 ounces.

Emily captioned the video saying, “baby #5 ….oh heavenly day…. {thank you @heartstonefilms for helping me with my ideas and short deadlines ❤️} @mtylerjohnson.”

Tyler also shared a video of the night their newest baby was born. He said, “It’s a girl!💕 Welcome to our world!”

….oh heavenly day…. {thank you @heartstonefilms for helping me with my ideas and short deadlines ❤️} @mtylerjohnson

Emily and Tyler grew their family in a short amount of time. By 2017 she was a mother of 4. They have three sons and Emily’s daughter Ricki. She has shared in the past she has always wanted a lot of kids. They share sons Gatlin Avery, who turns 3 in November, Gibson Kyle, 4, Jennings Tyler, 5. Emily  also has her 15-year-old daughter Ricki. Her daughter’s father died in a plane crash.

Emily loves her life and loves being a mom. She thinks Tyler is a great dad.

Emily gained popularity when she was on The Bachelor with Brad Womack. After things didn’t work out with Brad, she became The Bachelorette. She chose Jef Holm and got engaged. They were not engaged for long before parting ways.

She married Tyler in 2014. And, although they married in 2014, they knew each other before she ever went into Bachelor Nation. They met in 2011 and fate brought them back together after her time on The Bachelor.

She still lives in Charlotte, North Carolina with her growing family. Will baby number 5 be the last for the Johnson clan? Time will tell.

The new season of The Bachelorette is currently airing Tuesday nights on ABC.