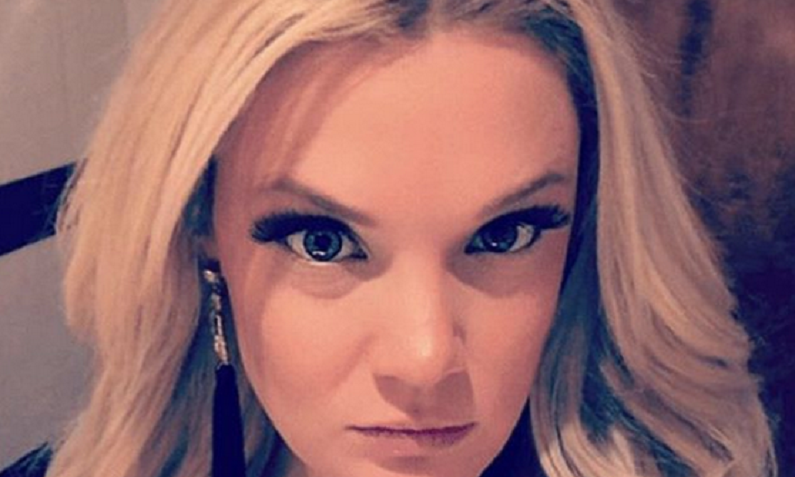 Ashley Martson and Jay Smith’s split continues to get messy. Last month, the 90 Day Fiance star announced that she split from Jay. The couple tried to repair their marriage a handful of times. In a statement to the media, Ashley denied the cheating allegations.

However, things haven’t gotten better. On Friday night, October 16, the TLC star posted a video compilation of herself dancing for the Ring camera installed outside their home. Jay no longer resides there. It’s unclear if he went back to his native Jamaica.

Read on to find out the meaning behind this video.

As per The Blast, Ashley Martson leaked a video. In the caption, she revealed that her ex-husband installed the Ring camera before their split. She asked him to remove his name from the account. After several failed attempts, Ashley assumed that Jay wanted to know what she was up to. So, she decided to put on a sexy show for him.

“I’m unsure if he appreciated my idiocy so I thought I would share with y’all obviously I can buy a new ring but let me live while I wait for it to come,” she wrote in the caption. She also included the hashtags “#thisiswhyimsingle,” “ithinkimayhavebrokesomething,” and “#pettyaf.”

Then, Ashley added the “Disclaimer: I do not own the rights to this music.” Over on her Instagram Stories, Ashley clarified her previous post. “I just love when my exes little circus of hoes message me with their ‘insults,'” Ashley added. “Focus on him or he’s gonna drop you for the [next] one faster than your little greasy head can spin.”

She also fired back at a fan who claimed she had “saggy t**s.”

“No honey, that’s what I paid 8k not to have,” Ashley added.

Then she wanted to clarify what she meant in her Instagram video. Jay set himself up as the administrator under his email address. Then he added Ashley so they could both receive access. But she can’t remove him since she’s not the administrator. He refuses to change the account settings because “well I guess he wants to watch me,” Ashley explained.

Jay has since responded to Ashley’s Instagram video. He posted a video of himself listening to Snoop Dogg.

Ashley Martson met Jay while on vacation in Jamaica. He eventually moved to the U.S. to be with her. Then she accused him of cheating on her throughout their marriage. In January 2019, Ashley filed for divorce from Jay but dismissed it shortly thereafter.

Just a few months later, Ashley filed a second divorce petition at a Pennsylvania court. Then earlier this year, the couple announced they were back together via a YouTube video. However, their reunion ended quickly. In an interview with People, Ashley claims she couldn’t move on from the past.