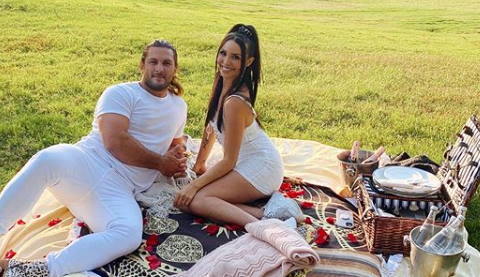 Scheana Shay of Vanderpump Rules has had her fair share of quarrels with her co-stars. Now, she says Stassi Schroeder and Lala Kent have gone too far. She’s never going to speak to either of them again.

On the, “No Filter with Zack Peter,” podcast Shay said she doesn’t see a friendship with either of them again. About Lala Kent, she said, “For the last three years, I felt myself forcing a friendship with her.” Shay went on to say when she hurts her she feels bad and asks for forgiveness. She said but always when there’s a camera there, and she forgives her.

Why Is Scheana Shay Done With Her Co-Stars?

Scheana Shay says she doesn’t have room for the fakeness in her life anymore. Shay said Lala, who is now pregnant herself, wasn’t there for her when she suffered a miscarriage in the summer. Scheana said, “What pissed me off the most about that situation is she lied. She said I didn’t ask her to come over … I said, ‘I need you. Can you come over?’ And you said, ‘I can’t right now because I have dinner. Can I check on you later?’” Scheana told her she didn’t need her later, she needed her right then.

Shay also said Lala said she was there for her in the same capacity as her mother. Shay said that’s certainly not the case. She said Stassi, who is also pregnan, did reach out to her after the miscarriage, but that friendship went south as well.

Why Did She Fall Out With Stassi?

Scheana Shay said she unfollowed Stassi for the same reason she praised her. She said Stassi told her she only wanted a “surface level friendship,” with her. The reason? Scheana was sharing her personal messages.

Shay said, “I have no idea what you’re talking about.” She said the only thing she shared was how sweet the message she sent her after the miscarriage was. Stassi reportedly said, “I have no desire to talk this out with you. We remain surface level,” according to Us Weekly. Shay said she replied, “You know what Stassi, we’ve been surface level for years. I’m fine continuing that way. I wish you nothing but the best.”

Vanderpump Rules might be interesting when it returns with Lala and Scheana both wanting to return. Bravo hasn’t announced if or when the show will be back.