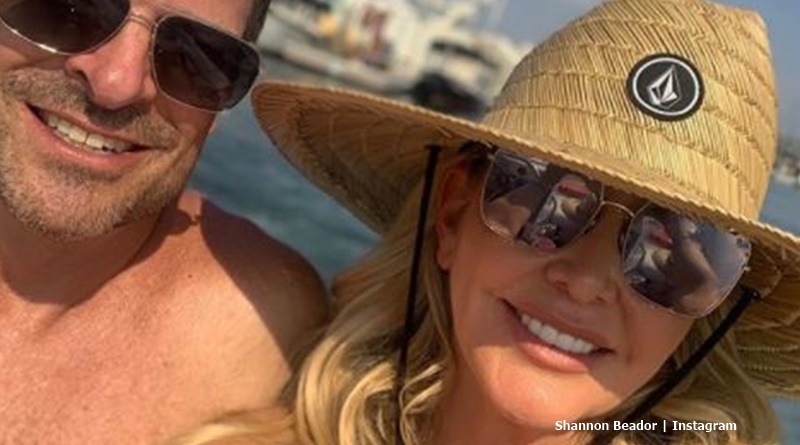 RHOC premiered its 15th season this week. And, ahead of the show, Shannon Beador shared a reminder that if fans tuned in they’d meet her new man, John. Well, despite loving Shannon, a lot of fans complained because Kelly Dodd’s back on the Bravo show again. And many of them won’t tune in until she’s off the show altogether.

We reported that some Real Housewives of Orange County fans “threatened to boycott the show.” Some of them truly regret that Vicki Gunvalson and Tamra Judge left. And, they genuinely miss the Tres Amigas.  But most of them just can’t with Kelly Dodd after her many “controversial comments on social media.” Well, it’s not clear how many boycotted and whether that made any real difference to the ratings for the night.

As promised, during the premier, RHOC fans saw Shannon Beador talk all about her new guy, John Janssen. And, fans love that she made a huge upgrade from David. Meanwhile, Braunwyn Windham-Burke talked about being an alcoholic. And, Kelly Dodd had a lot to say about intimate things with her now-husband Rick Levanthal. Fans think Kelly Dodd loves that sort of thing for the “shock value.” And, one fan on Twitter commented, “How much of this season will Kelly be trying to convince us how great her s-x life is?”

Especially having Kelly and her remarks on blm it’s a whole no for me this season. Thank bravo for showing us that your stance was more performative than actual change. #Rhoc

Even before the Real Housewives of Orange County show, fans just vented about Kelly Dodd. One of them told Shannon, ” Can’t watch another season with Kelly and I have watched every season since it aired. Took it off my dvr last night. When she is gone, I’ll start watching again.” And another one commented, “Congrats on the new season and your new man Shannon, but sadly I really dislike Kelly, the other girls are not that interesting.”

More people slammed Kelly who remains on RHOC despite fans hating the idea. A critic noted, “Sorry Shannon. Won’t watch. @bravoandy fire Kelly Dodd.” If you’re not sure why so many fans feel against Kelly, Screenrant reminds readers that fans felt she made Gay Pride Month all about herself. And even worse, she got accused of racism when an old video from 2016 re-emerged.

TONIGHT is the premiere of the Real Housewives of Orange County at 9/8c on @bravotv! 🙌 It’s really good! 🎉🎉🎉 Tune in to finally meet my man John in person! ❤️ #thesweetest #alwayslaughing #blessed #rhoc

In fact, right from the poster promo by Bravo that revealed Kelly’s back in RHOC people slammed her as “racist.” And, in the days of the cancel culture over sensitive racial issues, many of them can’t believe Bravo kept her on. After all, they were quick enough to boot Stassi Schroeder off of Vanderpump Rules.

What do you think about Shannon Beador’s fans slamming Kelly Dodd and wanting her off the show? Are you surprised that Bravo brought her back? Sound off in the comments below.