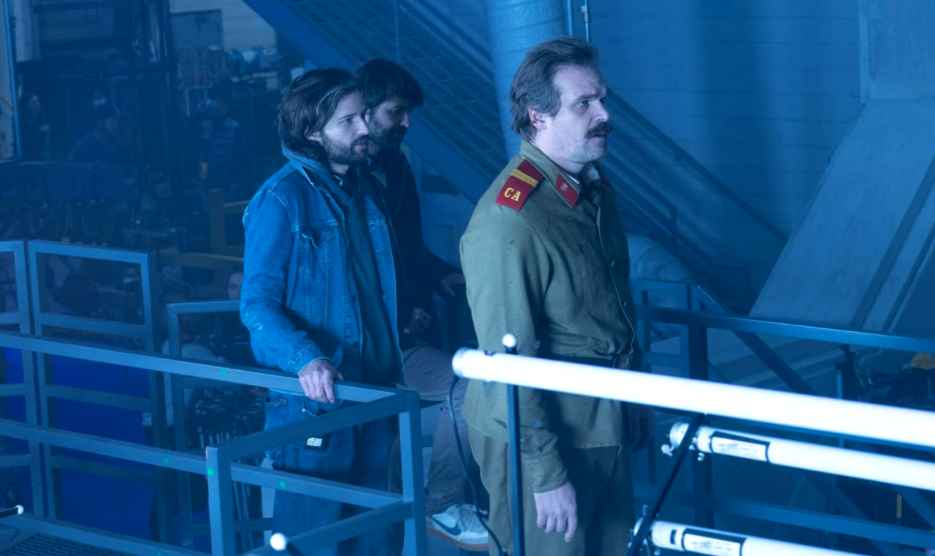 When the first teaser trailer of Stranger Things Season 4 aired, fans got their wish. They found out Jim Hopper, played by David Harbour, was alive. He had miraculously survived the massive explosion and ended up in Russia. Since then, Netflix has revealed little detail about the upcoming Season 4, until now. Thanks to the official Twitter account for the Stranger Things writing room, we have news to share.

About the Netflix hit show

Strange Things first premiered in 2016 and almost instantly became a huge hit with viewers. Set in the iconic 1980s, the first season covered the disappearance of Will Byers (Noah Schnapp). The show also introduced a mysterious and powerful young girl named Eleven (Millie Bobby Brown). Both characters had a connection with a dangerous, alternative realm called the “Upside Down.”

The success of Season 1 led to two more seasons, featuring both the same cast and new and interesting additions. Fans enjoyed Season 3 when it premiered on Netflix in July 2019 and clamor for more. Due to the major success of Season 2 and Season 3, the fourth season is officially on its way. On top of this, creators have said Season 4 is not the end of the series.

While work was ongoing on Season 4 of Stranger Things, the coronavirus pandemic of 2020 put a halt on production. Fans were excited when Season 4 finally started filming this month. While we know Sheriff Hopper is alive and semi-well in Russia, most plot details of Season 4 are still under wraps. However, the Stranger Things screenwriters decided to tease fans by releasing a few episode titles. Maybe fans can glean some information from these.

The Stranger Things screenwriter’s room is known for posting teases and behind the scene images on its official Twitter account. Last year, writers revealed the title of the Season 4 premiere, Chapter One: The Hellfire Club.

Now the Twitter account is alive again and has released the titles of two more episodes. Presumably, for Chapters 2 and 3, the titles are Tick Tock Mr. Clock and You Snooze You Lose.

“You snooze you lose” https://t.co/eCzupA8yYU

The first, Tick Tock Mr. Clock, hints at something ominous and momentous approaching. However, the second is a little more lighthearted. This is also the case with Episode 4: Wakey Wakey Eggs and Bakey. Naturally, Stranger Things fans know well how the lighthearted moments can quickly turn dark.

However, looking through the images in @strangerwriters account, other mysteries appear, as in their “fearless twinsies” post which reveals Hopper in uniform.

Is the Upside Down over?

The ending of Season 3 revealed the massive explosion which presumably destroyed the Upside Down. However, photos of the set tell a different story. The start of the season will likely reveal that not all of the characters are in a happy place. This is especially so for Jim Hopper, who can be seen to be spending time in a Russian prison. Presumably, a lot of the season will focus on his rescue.

However, as noted by Screen Rant, fans must remember that not all the characters remain in Hawkins. Season 3 saw Eleven, Will and Will’s mom, Joyce Byers (Winona Ryder) leaving town. The storyline will obviously focus on bringing these vital characters back to town.

While fans are excited and wanting to know more, feel the pain of the scriptwriters. The poor things are finding it “really hard” to know every single thing that happens in Season 4.

It’s actually really hard knowing every single thing that happens in season 4. You should feel rly bad for us.