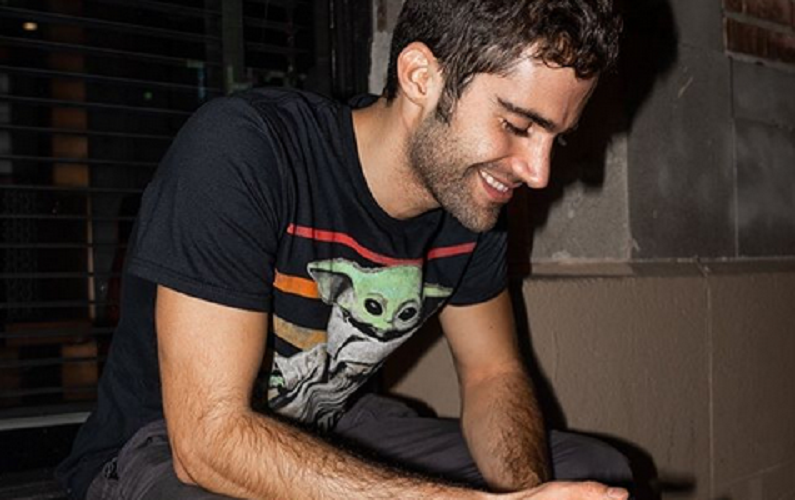 Max Ehrich and Demi Lovato’s split continues to get messy. The Young and the Restless star dropped a breakup song about the famous singer. This comes after Demi released her own breakup song in September. Demi ended things with Max after concerns grew over his past tweets about Selena Gomez.

Since then, Max has been spiraling on social media. He’s shared Instagram Stories about his heartbreak over their surprise breakup. The actor has also communicated with her fans on social media.

Supposedly, both Demi and Max have moved on. But they’re still dragging out their split in the media.

“From the bottom of my hopeful romantic heart,” he wrote in the caption of his latest Instagram post. “infinitely grateful to be releasing the first song off my music project.”

🤍 it’s scary to fall in love. but it’s a risk worth taking. for in the end; all we truly need is love. Directed by @taylorcutfilms

It’s unclear whether Demi inspired Max’s new project. In an interview with Billboard, he revealed he made the song when he was “falling in love.” It’s about the “emotions” he experienced during that time. Last month, Demi dropped her own ballad “Still Have Me” just days after the news of their split broke.

“Still Have Me” out now on all platforms 🤍

This week, the 28-year-old performed her new song “Commander in Chief” at the 2020 Billboard Music Awards. The new song is said to be about President Donald Trump. However, Demi’s performance was censored during the event. The awards show aired on the same network that aired one of Trump’s rallies the following night.

His ballad comes after Max Ehrich alleged that the former Disney star “used” him as part of a “calculated PR stunt.” According to Just Jared, Max hosted an Instagram Live on Thursday, October 2. He revealed that Demi had secret motives in their short-lived relationship.

“It’s just the craziest thing. This is the most bizarre experience that I hope no one ever has to experience, ever,” Max said. “Because no person deserves to feel this way.”

“Pete Davidson didn’t deserve to feel this way. Do you think he wrote that text to Mac Miller?” Max continued, referring to Ariana Grande’s exes. “Open your eyes. Calculated PR stunt, but my team is going to hate me for saying any of this.”

The messiness of their split has played out in the media. Max claimed on social media that he learned their engagement ended through a tabloid. Meanwhile, an insider denied his claim, telling E! News that Demi “did tell him beforehand.”

Did the exes finally move on?

Demi Lovato recently sparked romance rumors with Mod Sun. The two appeared “cozy” in a car. But an insider told E! News that they two are just good friends. Demi and Mod have known each other for a while and are “just hanging out for now.”

Meanwhile, Max cozied up to American Idol alum Sonika Vaid. Earlier this week, a photo surfaced on his Instagram. Max sure looked happy when he had his arm around her. But the 25-year-old singer shared an update with E! News.

“I met Max recently at a dinner with mutual friends,” Sonika explained. “It was a fun night and we all got to hang out and head to the studio together. We’ve just been hanging out since and having fun.”

Max hasn’t yet commented on the romance rumors. But it won’t take him long to share a relationship update on Instagram. It also didn’t take him long to confirm his romance with Demi back in March. The couple’s whirlwind romance ended after just six months of dating.

What are your thoughts on Max Ehric’s new song? Sound off below in the comments section.