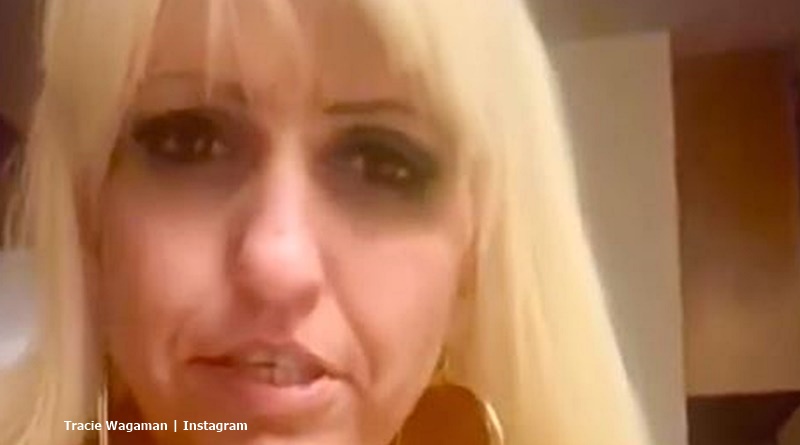 Love After Lockup fans told Tracie Wagaman in October last year, that the WEtv show seemed very boring without her. And lots of them wanted her back on their screens. Of course, the season before that, fans only saw a tiny bit of her as she was in jail for drug offenses. And when she and Clint returned in June, things didn’t look good between them. Now, they await their divorce, and Tracie took up with a younger guy. So, fans assume she’s off the show.

Love After Lockup – Is Tracie off the WEtv show for good?

It can’t be that easy for WEtv to keep Tracie’s storyline in play. After all, she misses filming when she ends up back in jail. And, now she and Clint filed for divorce, their storylines pretty much come to an end. In fact, many fans assume that’s the end of Tracie Wagaman on the franchise. Nowadays, she lives in Las Vegas and spends her time gambling, running her OnlyFans account, and dating a much younger man.

We reported that Tracie dates a much younger guy in Las Vegas. Named Luke Loera, he quickly waded in to slap at trolls on Tracie’s Instagram. And, a lot of people thought that they both looked like stoners. So, Love After Lockup fans worry about her a lot. Clearly, she earns something to stay in Vegas and hit the casinos. And, many fans suspected she makes quite a good income off her OnlyFans. So fans cautioned her that Luke might be after her money.

Could WEtv bring Tracie back with Luke?

Well, it turns out that Luke Loera could be the worst of partners for Tracie as he has previous arrest records for drugs and more in Nevada. Nevertheless, fans thought maybe he provided a handy partner for Tracie’s OnlyFans account. But with his arrest record, and Tracie’s they might easily slot into the WEtv franchise. And, on October 15, Tracie hinted that she returns to television.

Taking to Instagram, Tracie shared a Cleopatra costume for Halloween. She said that too many people hated the idea of a nun outfit. Well, that’s not very surprising given her very non-nun-like behavior. The mouth ones and closes like an automaton. So, one fan said, ” Open wider!” Tracie replied, saying, “subscribe to my OnlyFans 😂,” which inferred something a bit.. um…eew. And soon after that, the conversation turned to a return to TV, maybe Love After Lockup.

More of Tracie on television

The fan went over and looked at the OnlyFans account and came back disappointed at the price. They said, “40 bucks all hell nah….you ain’t on tv no mo.” But, later in the conversation, Tracie Wagaman said to them, “and as far as not being on TV “no mo” …stay tuned.” And, that’s a huge hint that her loyal fans might see more of her on Love After Lockup. Do you agree? Sound off in the comments below.

When Will Jesse Metcalfe Film New Hallmark ‘Martha’s Vineyard Mystery’?
Netflix Debuts Sitcom ‘Pretty Smart’: Release Date, What We Know So Far
Kourtney Kardashian, Megan Fox Set Instagram On Fire With Sexy Collab
Lance Bass Dishes On His ‘BIP’ Experience, Plus Engagement Predictions
Jennifer Aniston Reveals She Is Not Attending The Emmys This Year And Why