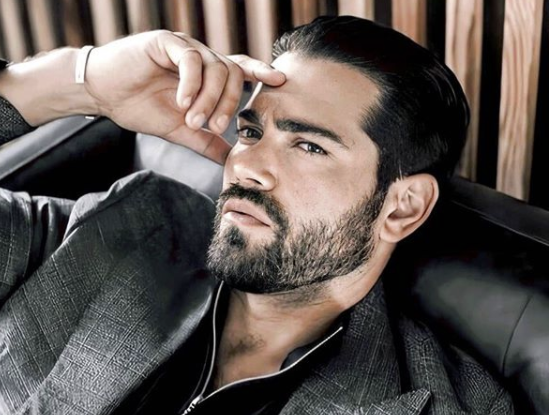 Dancing With The Stars just won’t be the same without Jesse Metcalfe. The 41-year-old actor was eliminated from the competition on Monday night’s episode. After speaking with the press, he revealed he thinks the judges made the wrong choice. While not many thought he would win, many enjoyed watching him perform and are sad to see him go. Us Weekly recently spoke with Jesse to see who he thinks will bring home the Mirrorball Trophy.

Jesse Metcalfe Definitely Thinks The Competition Was Tough This Year

“I think Justina [Machado] is gonna win, but I’m also rooting for Johnny [Weir]. I think he’s really good as well,” the Chesapeake Shores star, 41, said on the “Watch With Us” podcast. “Those are my top two picks. Obviously, Nev [Schulman] is such a good dancer, but people are not happy about the amount of dance experience that he has. … I was never gonna win. I thought I was gonna stick around for a couple more weeks. But with this cast, I don’t think I really had a shot!”

DWTS actually asked Jesse to appear on the show twice before, but he turned down the offers.

“I felt like then there was a major stigma before,” Jesse told Us Weekly. “Roughly 10 years ago, there was a lot of people saying what actors should or shouldn’t be doing. I feel like it’s a completely different landscape in the entertainment industry right now. … I feel like you can kind of do whatever you want now in the entertainment industry, as long as you are authentic in the way you do it.”

Even though he thought the experience was a lot of work, he’s happy he participated overall. He describes how he was mostly there to have a good time, but his partner Sharna was really serious about winning.

“Sharna had it rough. She was really trying to create something from scratch [with me],” the John Tucker Must Die actor said. “Tuesday’s at rehearsals — it was a tough day [of] teaching me the basics of a new dance and trying to get these very foreign movements into my body. It was frustrating at times. … It was an emotional journey.”

Will He Return To The Reality TV World?

To wrap up the interview, Us Weekly asked if he ever planned to do any more reality television. He said he would, as long as it wasn’t about dating or his love life.

So who do you think will bring home the Mirrorball Trophy this year? Do you also think Jesse Metcalfe left the show too soon? Let us know what you think. Stay tuned for more!