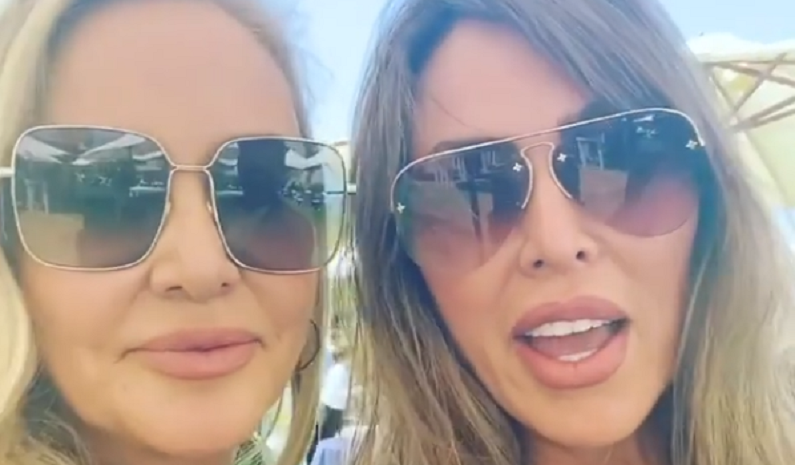 Kelly Dodd had a secret wedding over the weekend. She wed Fox News anchor Rick Levanthal. Fans slammed her because no one was wearing masks or social distancing. However, this shouldn’t come as a shock after her comments about the coronavirus.

Kelly made some controversial comments about the COVID-19 outbreak. And now she revealed that she’s feeling under the weather after her wedding. The RHOC star also stated that her other family members are sick as well. Some fans hope it’s karma coming back to bite her.

Additionally, Kelly shared her diagnosis on social media. Read on to find out about Kelly’s mystery illness.

The Real Housewives of Orange County star and her family members are feeling under the weather. Kelly Dodd revealed that they’re battling a mystery illness. This comes after she just tied the knot with her husband in Napa, California. On Wednesday, October 14, Kelly took to her Instagram Stories to share that she’s been sick, as per Reality Blurb.

This comes after Kelly’s co-star and friend, Shannon Beador, was diagnosed with COVID-19 months ago. Shannon has been helping her from a distance. Kelly was previously slammed for not heeding the social distancing calls amid the pandemic. But she wasn’t alone and Shannon previously received some of the backlash as well.

“Look, Shannon gave me this. I have a little cold from Jolie,” Kelly shared in her Instagram Stories video.

“Lypo-C is the best. It’s a little gross, but put one or two packets in a little water and swallow,” Shannon advised Kelly in her letter. “Sambucus is the most amazing thing for a cough. Taken often. Put a package of Pro-Boost under tongue for [three] minutes and then swallow.”

Kelly’s friend also told her to eat healthy foods and to “feel better.” Shannon also sent Kelly a box of Lypo-Spheric Vitamin C. Shannon took Vitamin C over the summer after she and her three daughters were diagnosed with the coronavirus. As for Kelly, she claims that she got the cold from her daughter.

But fans could hear her coughing in some of her videos. This has raised concerns over the seriousness of her illness. In the meantime, Kelly downplayed the seriousness of the global health outbreak. She claimed that masks don’t help.

Does the RHOC star have COVID-19?

In addition, Kelly Dodd took to her Instagram feed to share her diagnosis. In a new post, posted a screenshot of her test results. The results show she does not have COVID-19. Despite her controversial comments, she made sure to get tested for the fatal virus.

Kelly limited comments in that very post. She only received a handful of positive comments. It’s likely that most of the other comments are about her comments over the virus. Kelly’s received so much backlash that viewers have vowed to boycott Season 15 of RHOC.