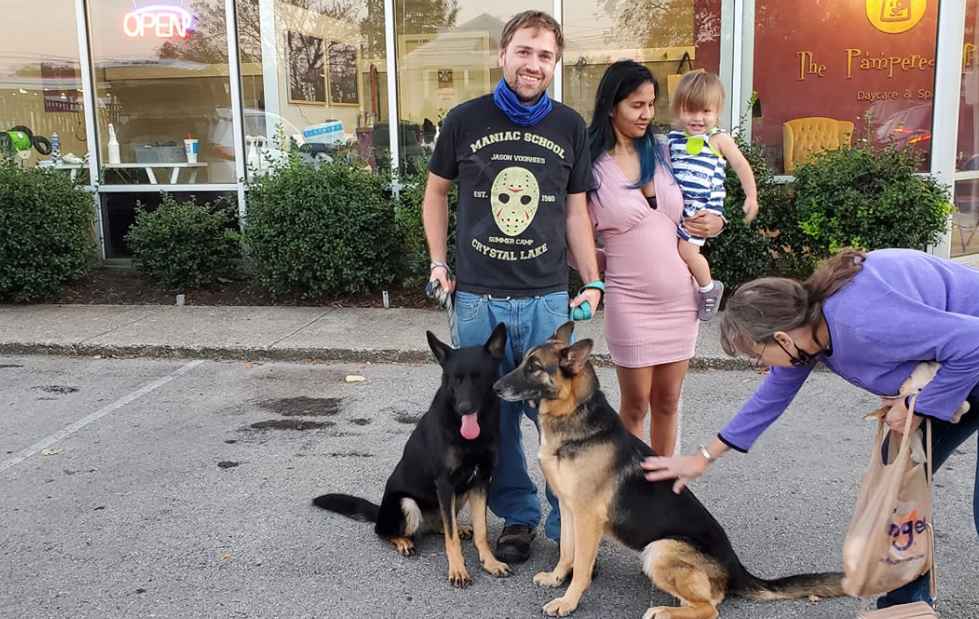 The relationship between 90 Day Fiance: Happily Ever After? stars Paul and Karine Staehle is back on track. Paul recently shared a beautiful family photo to his Facebook page, revealing Karine Staehle (nee Martins) baby bump. While Paul is reasonably quiet on Instagram, it looks like he will be posting on Facebook from now on.

90 Day Fiance stars are now Happily Ever After?

The image posted to Paul’s Facebook page shows the smiling couple, accompanied by their 19-month-old son, Pierre, Paul’s mom Mary and their two dogs. They are standing together outside a local daycare and spa in Louisville, Kentucky. He posted the image to Facebook on October 14, following the couple’s reconciliation. It turns out the baby bump has a name, as Paul and Karine are naming him Ethan.

Karine, 24, looks lovely in a peach dress while holding baby Pierre and Mary is seen to be giving the dogs a fuss. This is good news for the couple, who were recently close to divorce. A huge fight erupted between them in July, leading to joint restraining orders, but it looks like they are back together and happy again.

Another cute post was an image will Paul standing in front of a truck, that Pierre appears to be driving!

On Paul’s Twitter account is an unexplained and strange video of little Pierre on TV, standing in front of a raging forest fire. A second image showed Karine in front of the flames.

Karine and Paul dropped their restraining orders during September and agreed to cancel the December 3 court hearing relating to their son’s custody. According to In Touch, a judge dismissed the Emergency Protective Orders on September 16.

Staehle made a post on September 29, sharing a quote from the 2004 film The Notebook. This related to fighting for love, apparently referring to his feelings about their troubled relationship. In his post, he wrote, “It’s not gonna be easy. It’s gonna be really hard, and we’re gonna have to work at this every day. But I wanna do that because I want you. I want all of you, forever, you and me, every day.”

After all the real-life drama in their lives, fans were hoping to see Paul and Karine on the Season 5 tell-all, but unfortunately, they didn’t show. Host Shaun Robinson explained the couple was unfortunately not able to appear, but wished them the best, hoping they were doing well.

Fans can currently watch 90 Day Fiance: The Other Way on TLC on Sundays at 8 pm EST.

‘LPBW’: Jeremy & Audrey Roloff Have Low-Key Wedding Anniversary – Is Their Marriage Okay?
Nanny Faye Has Chase Chrisley Blushing With The Junk In Her Trunk
Savannah Chrisley Confesses She’s Messy, BEGS For Help
‘DWTS’: JoJo Siwa’s Dance Partner Injured – Are They Quitting The Show?
‘The Simpsons’: When Is The Season 33 Release Date?