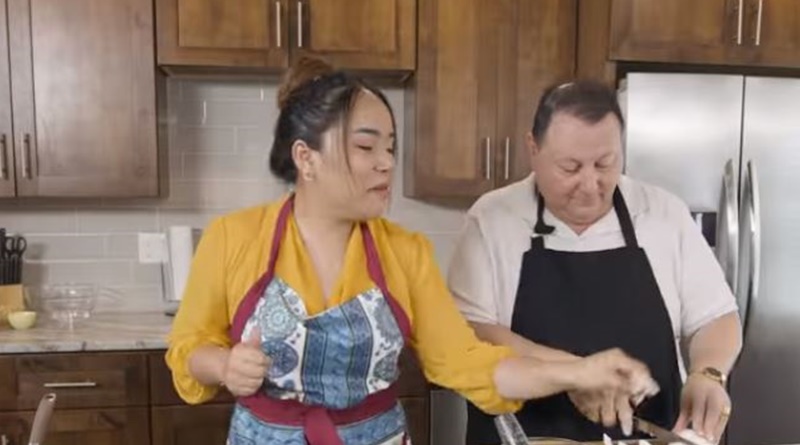 90 Day Fiance fans begged for Annie and David to get their own foodie spinoff. And, the news came that TLC went for it. The show comes on Facebook Watch as TLC expands its digital viewer options. The first teaser dropped, and many fans flocked to watch it. Let’s see how they reacted.

90 Day Fiance spinoff, Spice It Up With David And Annie

We reported that David and Annie, very popular on “TLC’s Pillow Talk,” landed their own show with TLC. And, they “give fans an inside look into how they create their own favorite, Thai-inspired meals. Along the way, the pair will keep the audience smiling with their signature, comedic banter.” Now, the first teaser dropped and thousand of fans commented on it.

On Facebook, the teaser came with the caption, “Do it in the kitchen!

The new Facebook Watch series #SpiceItUpWithDavidAndAnnie drops Wednesday, Oct 28 on the #90DayFiance Facebook page.” The 90 Day Fiance spinoff revealed a short teaser of just 1.03 minutes. But, that snippet caught the attention of many fans. Annie said that they plan on preparing Chicken Thai Basil.

Inside of 12 hours, the teaser received 10k likes and 1.5k comments. So, it looks like many people love the idea of it. And yes, the humor comes out straight away. Cutting onions, David says. “This reminds me of the time you asked me for the dowry. I was crying the same way.” But, Annie just laughs. And, she gave a good tip. Annie said her dad caught her crying as a kid when she cut onions. So, he showed her how salt helps. Annie says, put “a bowl of salt” next to you, and the crying stops.

Fans talked about it, and this is what some of them said about the new 90 Day Fiance spinoff teaser:

What do you think about Annie and David’s new spinoff, Spice It Up With David And Annie? Will you watch it for delicious recipes, cooking tips, and a lot of humor? Is it a great idea? Sound off in the comments below.