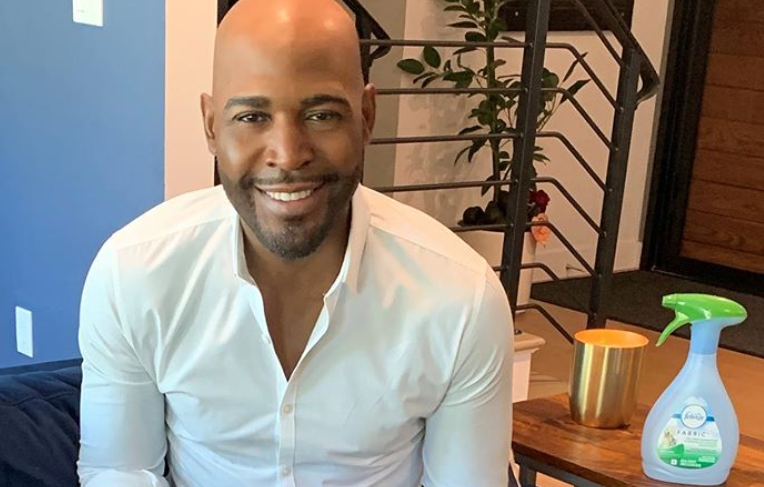 Karamo Brown of Queer Eye has been promoting his partnership with Febreze lately. He said, when asked, he would totally consider The Bachelor if he was asked. Brown said, “let me tell you something: what I’ve learned right now — and I tweeted this the other day — is that dating is a mess.”

Brown is not a fan of people sliding into his DMs. He said he doesn’t want to receive inappropriate pictures. Hey said, “I don’t know why guys think that’s an appropriate thing to do. So, it’s like, please keep it respectful. You know what I mean?” According to US Weekly he said, “that’s not universal for hello.”

What Other Ways Have Men Reached Out To Karamo Brown?

Karamo Brown said he had someone send him the lyrics to a Cardi B song. Brown said a man sent him the lyrics and asked if they could date.  He said the response he had was why that person thought that would impress him.

The Bachelor appeals to him because he, “could just get a whole bunch of great guys in one room and just to, like, go through, sign me up.” He just got out a relationship with his fiancé, Ian Jordan. The wedding ended up getting delayed because of the pandemic. They were together for ten years and split during the COVID crisis.

When speaking to Ellen he said, “we were distracted by so much — with the kids, and our careers — that during that time, I had to really say, how is our communication? How are other parts of our lives? Are we growing in the same place?”

Once Brown looked at their lives together he decided they needed to break up. He wasn’t happy like he wanted to be.

Bald & Feeling Cute! Btw friends, have you checked out my skin care line called @mantlmen for people who are bald or balding. It’s available on Nordstrom.com or clicking the link in my bio to find out more.

It’s Time For Some Puppy Love!

Karamo Brown went on to say, they weren’t young, they had a family. Brown had full custody of his son from a former partner Jason, and his brother. He said they were like, “how do we separate this? And it was hard. We went to virtual counseling, we did a lot of things.”

Now he is focusing on his Febreze partnership and getting people to adopt dogs. They are donating money to the North Shore Animal League America when people post pics with their dog and use the hashtag say up with Febreze. They donate twenty five per post. Brown said, “I was one of those dog owners who wasn’t going to do it because it’s bad to be in a house that smells like pups. But, Febreze fixes that. Fans really hope if the franchise decides to bring on a gay Bachelor lead, that Karamo will be the one to get the part.