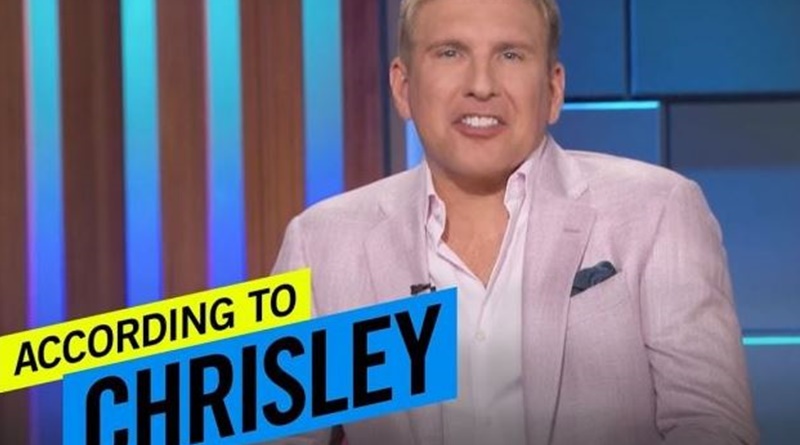 According to Chrisley was announced by the USA Network in 2017. It came after the arrival of Chrisley Knows Best Season 5. The show got renewed for Season 6, and everyone heard about the after-show, According to Chrisley. But what happened to it? Is it still around, or did it morph into something else?

According to Chrisley – the talk show premiered in 2017

Todd Chrisley didn’t start out wealthy. And, we reported that Savannah, his daughter by Julie, grew up during tight financial times for the wealthy businessman. She shared on her Instagram, that when she was younger her dad even did her hair for her. We noted that “while everyone thinks of Todd as wealthy, at one stage he struggled with finances. But, he clawed his way out of that through very hard work.” So, it seems he takes nothing for granted. And, he seldom gives up.

Chrisley Knows Best gets renewed regularly and part 2 of season 8 arrives in November. That’s despite rumors that the show got canceled when Todd and Julie faced charges of tax evasion and business fraud. Since then, Growing Up Chrisley aired. And, Todd looks stronger and stronger with good audience views. But, he flopped before with his real estate business and faced bankruptcy at one stage. .So, he knows that ventures don’t always succeed. Still, it seems a bit sad that According to Chrisley flopped.

Ree and fall of the show

According to E!News in 2017, the show that USA Network signed for involved a “half-hour” show which featured “Todd telling all, from the truth about marriage to parenting,” and other “relationships.” USA Network suggested that fans might enjoy Todd engaging “with the audience as well.” Celebrity guests and family would make up each episode. Well, it premiered on September 12.  It ran for another seven episodes and ended on October 31 of that year.

In April 2018, Radar Online reported that the show never took off as expected and wasn’t renewed for a second season. So, that’s the end of that, presumably. But, did it disappear completely? Interestingly, the last episode came in October 2017. Presumably, Todd knew about the fact a second season of According to Chrisley wouldn’t come along. But just a few months later, in 2018, the Chrisley Confessions Podcast started up.

Chrisley Confessions a podcast version of According to Chrisley

The podcast and the USA Network show seem very similar. Only, you don’t watch Todd interviewing family and guests. He and Julie talk about it instead. Sometimes, they bring on guests, and each episode involves a member of the family. There, they look at relationships, and other things involving the family. So, if you miss According to Chrisley, you can still catch up with the original concept every Wednesday for advice, suggestions, and opinions on all things faith, family, food, and more.