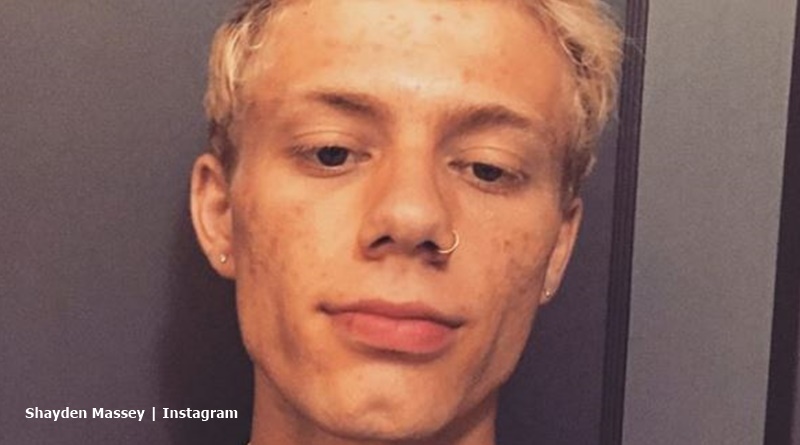 Unexpected fans heard that Shayden Massey recently welcomed his second child into the world. But, not with Lexus, the mommy of their daughter Scarlett. The TLC couple split after Shayden alleged she cheated on him when he served jail time for a bit. But, he didn’t stay down for long, and now he revealed his unflinching determination to never stay down.

Unexpected – Shayden Massey talks about picking himself up again

Taking to his Instagram on October 13, Shayden shared a couple of photos that revealed his great looking abs. He captioned it with, “The difference between me and you is that I am built for this sh-t.” Shayden said that he “conquered” his “demons.” Elaborating, he talked about how he got “cheated on.” That’s an obvious reference to Lexus. But more came. He also spoke about being “used,  broke, and lied to.” Perhaps he talked about TLC when he mentioned “taken advantage of.”

Shayden told his Unexpected fans that “more than once,” his name got “dragged through the mud. ” But, he just “washes it off” and “picks up” again. It rather sounds like Shayden lives by the lyrics of Chumbawamba’s song on the Tubthumper album. I Get Knocked Down became popular in the late 1990s. But, the words still inspire people.  Shayden ended by noting, “That’s why I’m self made. I’ve came a long way and I have a long way to go.”

Fans encourage Shayden and some take inspiration from him

In the comments section of Shayden’s post, fans like his attitude. And some people complimented him, saying, “good job.” Then, one fan wrote quite a long comment, They noted, “I applaud you.” They like that he lives his “truth.” And, comments slide off him on social media. Describing social media as a “wicked beast,” they likened it to “the devil.” So, that fan likes how Shayden remains “true.”

Hopefully, Shayden also stays within the law. Starcasm reported that he claimed Lexus cheated on him with his best friend. That came when the Unexpected star sat in jail for a driver’s license offense. However, he ran into a few more problems. The police statement suggested that he also possessed drugs and paraphernalia. The cops “found four smoking devices located with the odor of marijuana emitting from them.” Between June 2018 and August 2019, Shayden ran afoul of the law six times.

The difference between me and you is that I am built for this shit. I've conquered my demons. I've been broke, paid, lied to, taken advantage of, cheated on, hungry and full. My name has been dragged through the mud more than once and every time I pick it up and wash it off. That's why I'm self made. I've came a long way and I have a long way to go.

When fans first saw the couple on TLC, they both seemed rather immature. Recall, Lexus’s mom Kelsey even threatened to seek custody of baby Scarlett. That realization made them suddenly grow up a little bit. While both of them now co-parent Scarlett, their relationship looked too “young” for long-term survival. After all, cheating with a bestie seems very much something confined to the schoolyard.

These days, Shayden takes good care of his daughter. And, he often shares photos of her. With another child in the mix, hopefully, the Unexpected star continues growing as a man.