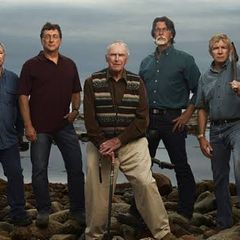 The Lagina brothers and the rest of the Curse of Oak Island gang are back for another thrilling season! Season 8 is quickly approaching and, promises to be the History series biggest, wildest one yet.

What does this season hold?

What treasures could the Lagina brothers discover this year on the Curse of Oak Island? TV Insider got an exclusive first look at what’s surprises are in store as Rick and Marty strive to solve the 225-year-old Oak Island mystery. Click here to watch the Video on Tv Insider now!

What they will be doing this season

The team uses cutting edge technology to find any secrets the island is willing to give up. This year they will be using sonic core drilling, strategic dives, metal detectors, amongst other tools. They will be focusing on a historic big dig to find out what might be buried underneath the possible sunken ship discovered last season.

A quote from the brothers

In the sneak peek we hear the brothers state,” The swamp becomes the focus of a major excavation to uncover a newly found structure and more importantly, to get to the bottom of why this bog was artificially modified or created as much as 800 years ago,” History’s logline reads, “And Rick, Marty, Craig, and the team will prepare for the operation that they have been working their way toward since they took over the Oak Island treasure hunt more than a decade ago: the ‘Big Dig’ in the Money Pit.”

Though the team is focusing on other areas they will still be searching for the famous “money pit”. The Lagina brothers and their team talked about what they will do next and divulged that they will not be bringing big cans anymore. This is because they believed the vault has shifted deeper into the ground since it has been buried for such a long time. The soil could have softened making it is possible the treasure vault had sunken even deeper.

What have the brothers found so far?

Fans have felt the excitement with each new discovery on the mysterious Nova Scotia Island. The biggest items found so far is a brooch containing a 500-year-old faceted red gemstone. They also surprisingly, discovered a medieval cross that dates between 1200 and 1600 AD. On a much spookier side of things, a number of human bones were also discovered on the island.

Fans are overly excited to know that the new season starts on Tue November 10th on the History Channel! What new discoveries are in store for the team this year?