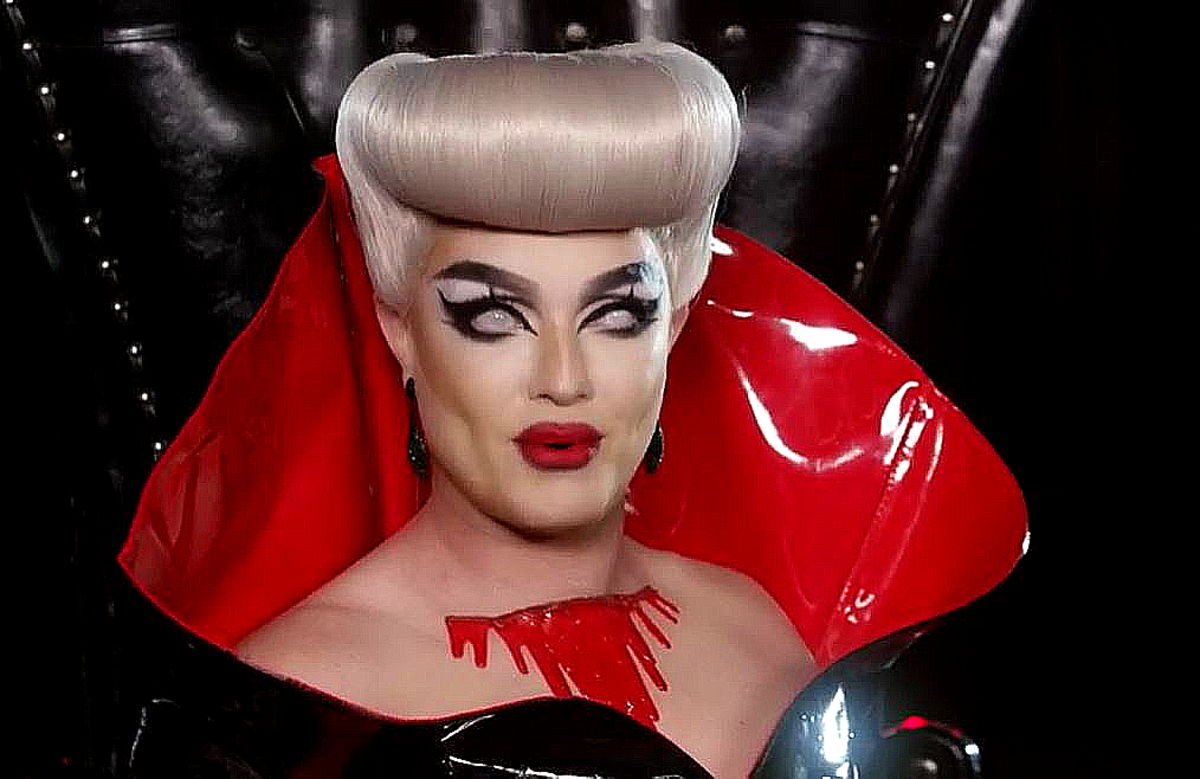 It’s that time of year, Halloween, which is more like Christmas for drag queens. Now Shudder has dropped the anticipated trailer for The Boulet Brothers’ Dragula: Resurrection, premiering only on the horror streaming service in all its territories, as well as through the Shudder offering within the AMC+ bundle, beginning Tuesday, October 20.

Voted as one of the “15 best LGBTQ shows everyone needs to watch” by Cosmopolitan and “required horror viewing” by Fangoria, The Boulet Brothers show presents drag in a unique feature-length documentary format with horror and cinematic flourish, all glammed up in a fun reality competition.

Who are Shudder stars, The Boulet Brothers?

They turn out stylish horror-themed TV series and films, live nightlife events, books, and comics. The duo, known individually as Dracmorda and Swanthula, are considered the preeminent voices in the genre.

Outside of their television projects, the Boulets appear regularly as featured guests, performers and emcees at horror conventions, nightclubs and live events all over the globe.

They are hosts of the haunting podcast Creatures of the Night for Dread Central, interviewing notable guests at the intersection of LGBTQIA+ media and horror.

They are not actual brothers but partners who have been a couple for over a decade.

Halloween and Drag are the peanut butter and chocolate combo in entertainment. This event is the first spinoff of The Boulet Brothers’ Dragula series and the first time that competitors from all three seasons of the show will return to compete against one another, including Frankie Doom (season 1), Loris (season 1), Kendra Onixxx (season 2), Dahli (season 2), Victoria Elizabeth Black (season 2), Priscilla Chambers (season 3), and Saint (formerly St. Lucia, of season 3).

The winner of the competition will be “resurrected” and will return to compete on the upcoming Boulet Brothers’ Dragula season 4 as a main competitor, and will also walk away with a twenty thousand dollar cash prize.

Chambers is a trans drag artist from Asheville, North Carolina. Priscilla competed on season 3 of The Boulet Brothers’ Dragula and placed third, coming heel-length to winning the entire competition. While on the third season, Priscilla presented as a man, but shared that after her experience on the show she had the transitioned to becoming a transgender woman. She is using her appearance on the show as a platform to champion trans rights, and at the same time hopes to win after a close victory in season 3.

Victoria was often criticized for being shy and was diagnosed with having Asperger Syndrome, and has pushed to counter her autism spectrum disorder and find her voice. She is returning to The Boulet Brothers’ Dragula: Resurrection feeling empowered.

Georgia peach Saint is a drag queen who lives and works in the small southern town of Acworth. Saint competed on season 3 of The Boulet Brothers’ Dragula and was considered a “baby queen” on her season as she was new to drag and had the least experience. Saint was voted out early on her season. Saint has traveled the world as a drag performer and has more confidence, as she recently had an emotional experience speaking at the George Floyd memorial in NYC and is returning to the competition stronger than ever. She reflects on her experiences living through this year’s civil rights uprising during The Boulet Brothers’ Dragula: Resurrection.

Army veteran and now nurse Kendra Onixxx is a drag queen who lives and works in Moreno Valley, California. Her voce is “unapologetically black” and expresses her heritage in her drag and performance. Kendra’s family are devout Christians and do not know that she moonlights as a drag performer.

Kendra is a fire-breathing performer whose face was badly burned in a horrific stage accident. which she reflects on during The Boulet Brothers’ Dragula: Resurrection.

Season 2 veteran Dahli is a non-binary drag artist who works and lives in Phoenix, Arizona and is a former member of the electronic music group Blood On The Dancefloor. Dahli has recently become more vocal about their biracial identity (their mother is Caucasian and their father is Black) and was inspired to do so by the recent Black Lives Matter movement.

Inspired by punk, Frankie Doom is a drag queen who lives and works in West Covina, California. She competed and placed third in the first season of The Boulet Brothers’ Dragula and has been working to perfect her craft since then.

Controversial Loris competed on the original season of The Boulet Brothers’ Dragula and is quick to remind everyone of that fact, and was removed from the competition not by the show’s judges but by the cast who came together to “vote” her off when they were asked “who should go home” during a judging panel. Loris feels her removal was unfair and returns for a chance at redemption and revenge.

Streaming premieres on Oct. 20, only on Shudder.